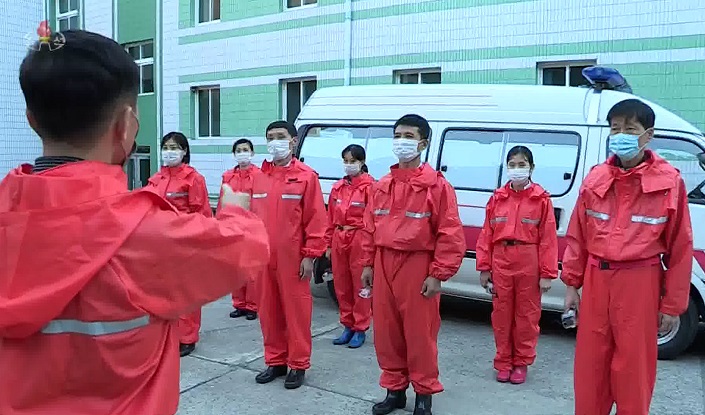 According to the COVID-19 Outbreak 20-Month Update, the organization had spent around 699,000 Swiss francs as of September, with the largest portion of 296,000 Swiss francs spent on health-related operations.

“The DPRK government has taken consistent pre-emptive and offensive measures since the outbreak of COVID-19, continuing to raise awareness of all people with campaign against the rapid spread of highly infectious new COVID-19 variants,” the report said. DPRK stands for the North’s official name, the Democratic People’s Republic of Korea.

North Korea has imposed strict border controls since the outbreak of the pandemic, and claims to be coronavirus-free.

According to the World Health Organization’s latest weekly report, North Korea said 739 people, including 151 with influenza-like illness or severe acute respiratory infections, underwent COVID-19 tests between Dec. 2-9, but all were found negative for the virus.