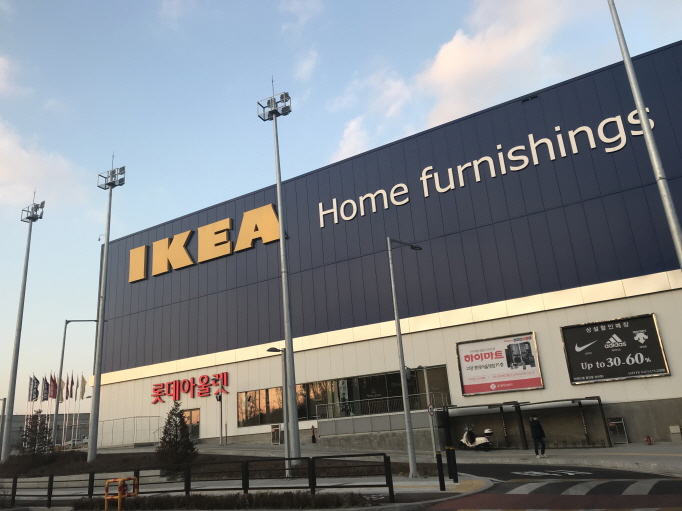 Ikea tapped South Korea with its first store in Gwangmyeong, just southwest of Seoul, in 2014. (Yonhap)

The company said it will open a new flagship outlet in Giheung, just south of Seoul, on Dec. 12 and another in Busan, 450 kilometers southeast of Seoul, by the first quarter of next year.

IKEA Korea said it also plans to build smaller stores in downtown Seoul in 2020 to improve accessibility for city dwellers.

“We are trying to fulfill customers’ needs in today’s urbanized world and are testing new formats throughout the world,” Fredrik Johansson, CEO of Ikea Korea, told reporters at a new pop-up store in southern Seoul.

The chief cited the examples of new unit stores, such as IKEA Paris and IKEA London, where customers can experience new home furnishing styles and order online later.

The company said 8.5 million people visited its offline stores during the 2019 fiscal year, along with an additional 38.5 million e-commerce visits.

Ikea tapped South Korea with its first store in Gwangmyeong, just southwest of Seoul, in 2014, followed by the launch of its second store in Goyang, northwest of the capital, in October 2017.

INGKA Group is a parent company of IKEA Korea. It operates 367 outlets in 36 countries with 158,400 workers.