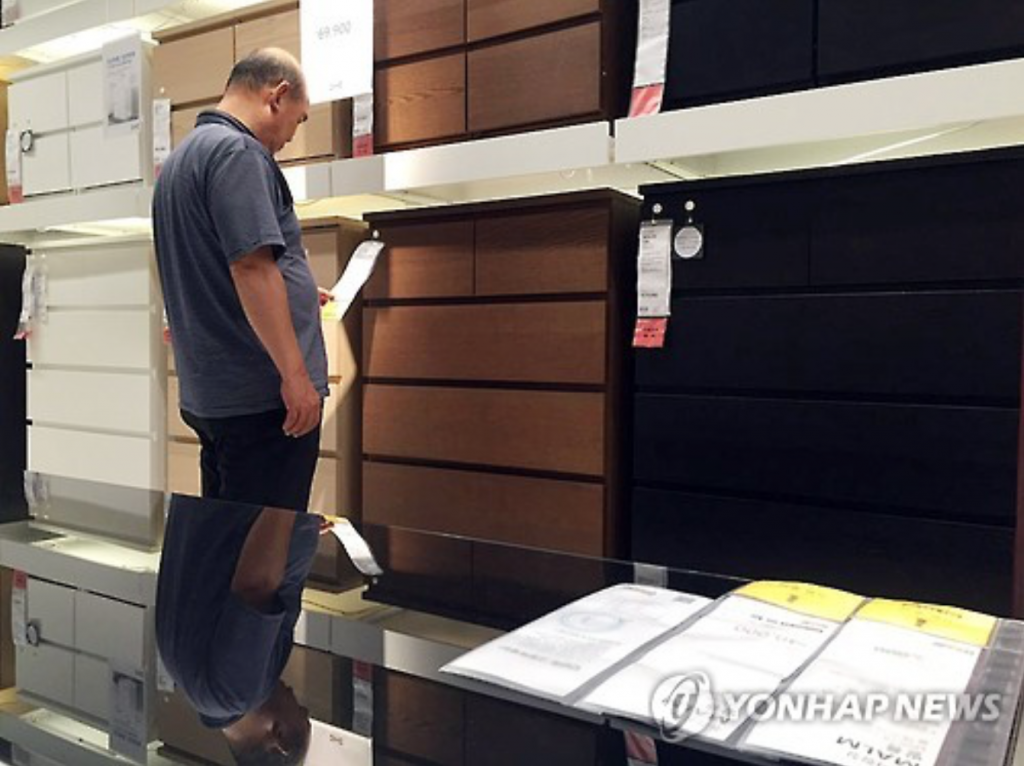 A customer is looking at the tag of a Malm dresser displayed in the IKEA store in Gwangmyung, south of Seoul, on July 7, 2016. (image: Yonhap)

IKEA recalled 36 million dressers in the U.S. and Canada in June after six children were crushed to death when Malm chests toppled on them. The company has since stopped selling the drawers in North America but continued to sell similar products in South Korea as there were no regulations on tip-over incidents.

Following the incidents, the Korean Agency for Technology and Standards (KATS) has made new safety regulations and conducted tests on the top 11 furniture brands.

KATS said it found that the 15 IKEA dressers and 12 other Korean products could topple over and crush children if not anchored to the wall with screws, requesting them on Aug. 31. to recall the problematic products.

IKEA said it has stopped selling the dressers and will recall products sold in the local market, noting tests on all products are currently under way to stop sales of others that fall behind the new standard.

“A local certification organization is currently conducting safety tests on all dressers sold in South Korea according to the new regulations,” IKEA Korea said in a release. “We will additionally halt sales of substandard products starting Sept. 20.”