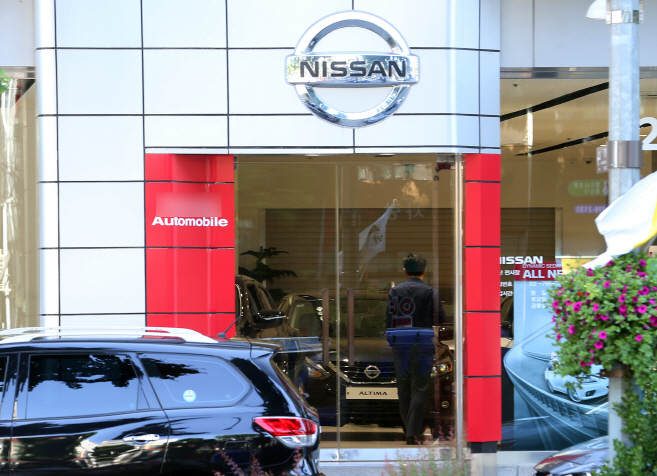 Japanese carmakers saw their sales plunge to 1,651 units in South Korea last month from 3,473 a year ago as the two countries are still at odds over Tokyo’s imposition of export curbs last year. (Yonhap)

SEOUL, March 4 (Korea Bizwire) — Sales of imported vehicles in South Korea rose 5.3 percent in February from a year earlier, while Japanese brands continued their struggle in the face of weaker demand amid trade tensions with Seoul, an industry association said Wednesday.

The number of newly registered foreign vehicles rose to 16,725 units last month from 15,885 a year ago, the Korea Automobile Importers & Distributors Association (KAIDA) said in a statement.

The monthly result was helped as the Chevrolet brand joined KAIDA in November and its sales figures were included in the tally. So there was no meaningful increase in imported car sales last month, a KAIDA spokeswoman said.

Imported brands accounted for 17.68 percent of South Korea’s passenger vehicle market in February, up from 15.88 percent a year earlier, she said.

Carmakers, domestic and foreign, are expected to suffer a decline in sales this month as customers may not visit dealerships to buy a car due to the spreading coronavirus outbreak, she said.

Japanese carmakers saw their sales plunge to 1,651 units in South Korea last month from 3,473 a year ago as the two countries are still at odds over Tokyo’s imposition of export curbs last year, KAIDA said.

The three bestselling models were BMW’s 520 sedan and Mercedes-Benz’s E 300 4MATIC sedan and A220 sedan, the statement said.