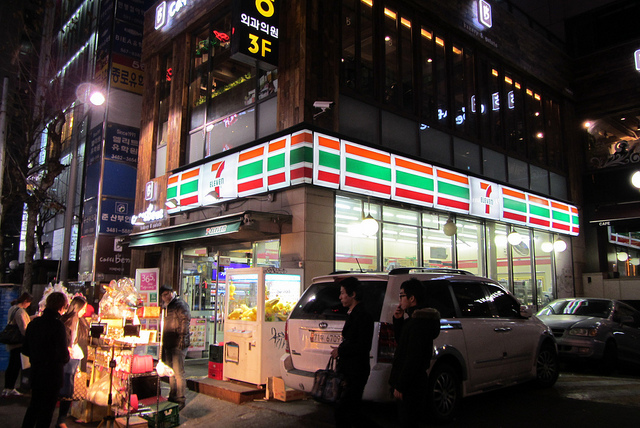 In Korea, there is a convenience store on every corner where you can buy just about everything. (image: MPD01605/flickr)

SEOUL, June 11 (Korea Bizwire) – Even past the normal business hours of banks, Koreans can pay their bills and taxes easily at convenience stores with the so-called u-billing service. Now the service added another feature, paying social insurance bills at convenience stores such as those for national pension and healthcare insurance.

Duzon BizOn, the service provider of the u-billing service, announced on June 10 that monthly bills for the four major social insurance schemes including health insurance, national pension, employment insurance, and workers’ compensation can be paid at convenience stores.

Duzon’s u-billing service allows one to pay national and local taxes and general utility bills at convenience stores anytime through the QR code. The service became popular with easy billing availability of 24 hours a day and seven days a week and various payment options including cash, credit card, bank transfer and others.

Alibaba has unveiled the 5 major types of QR codes that will be featured during the first stage of the Mashang Tao strategy, including merchandise codes, service codes, store codes, interactive codes, and media codes says the report.

Besides the utility bills like gas, electricity, phone and cable TV subscription, the service is even available to pay newspaper subscription fees and rental fees for home appliances. As any bills that can be paid by the “Giro” electronic bill payment system are available to pay in convenience stores with various payment options, it is highly praised to have made people’s lives much easier.

The service is available in some 22,000 locations of the five convenience store chains in Korea including CU, GS25, 7Eleven, Buy The Way and Mini Stop. Any bills with QR code can be paid in the stores.

In Korea, thousands of convenience store chains dot the street. CU, the nation’s biggest brand which is run by BGF Retail, has recorded a number of more than 8,000 such stores nationwide as of April. And GS25, a runner-up in this market, is reported that it had added 537 new outlets over the past year.