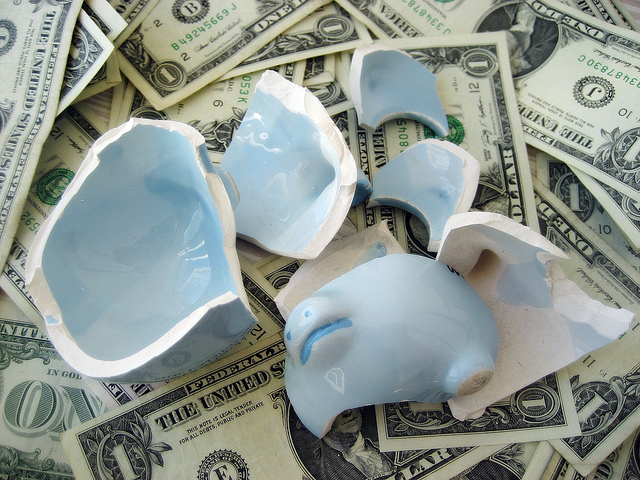 The financial world blames the moral laxity of employees at financial institutions and the immanent problems regarding the structure of the industry for the series of happenings. (image: 401(K) 2013/flickr)

SEOUL, Korea, April 17, 2014 (Korea Bizwire) – Financial incidents never seem to go away these days. By the time one scandal steps off from the list of primetime news, another breaks out.

Not that Koreans are total strangers to financial disasters but the problem is that various types of incidents are happening at different places almost at the same time. The financial world blames the moral laxity of employees at financial institutions and the immanent problems regarding the structure of the industry for the series of happenings.

Experts have brought up the lack of professional knowledge among staff at financial service firms and outdated internal control systems as the major contributing factors. Such a tendency was best demonstrated in the case of a loan scam in which the subcontractors of KT ENS were involved.

At the time of the incident, several banks in Korea granted loans to KT ENS subcontractors using a complicated process called asset-based lending in which the subcontractors received loans on the future income based on their contracts with KT ENS. The banks neglected to check whether the claimed contracts existed upon lending the fund.

A bank executive said, “The incident could have easily been prevented if the staff had made sure if the contracts were valid.” The executive suspected that the staff did not fully understand how asset-backed lending works.

The internal control system not being kept up with diversification of financial offerings and channels of service is another big problem. Financial services are offered in various and often unconventional ways involving many contractors and sales staff outside the firm nowadays.

However, the internal control system has been established to operate based on the assumption that the client data would be handled by the employees only. Data spills seem to be inevitable under the system as lax as such.

Not only the financial service providers but also the financial supervisory authorities who tend to pass the can to the service firms when financial scandals break out are to blame.

A bank president said, “The Financial Supervisory Service should feel responsible and join forces with the banks to solve the problem.”

Some criticized how the financial supervisory authorities only come up with half-hearted responses without any principles regarding financial incidents. Many complain that no protocols have been formulated so that the authorities take inconsistent measures and tend to blow hot and cold in accordance with public opinion.