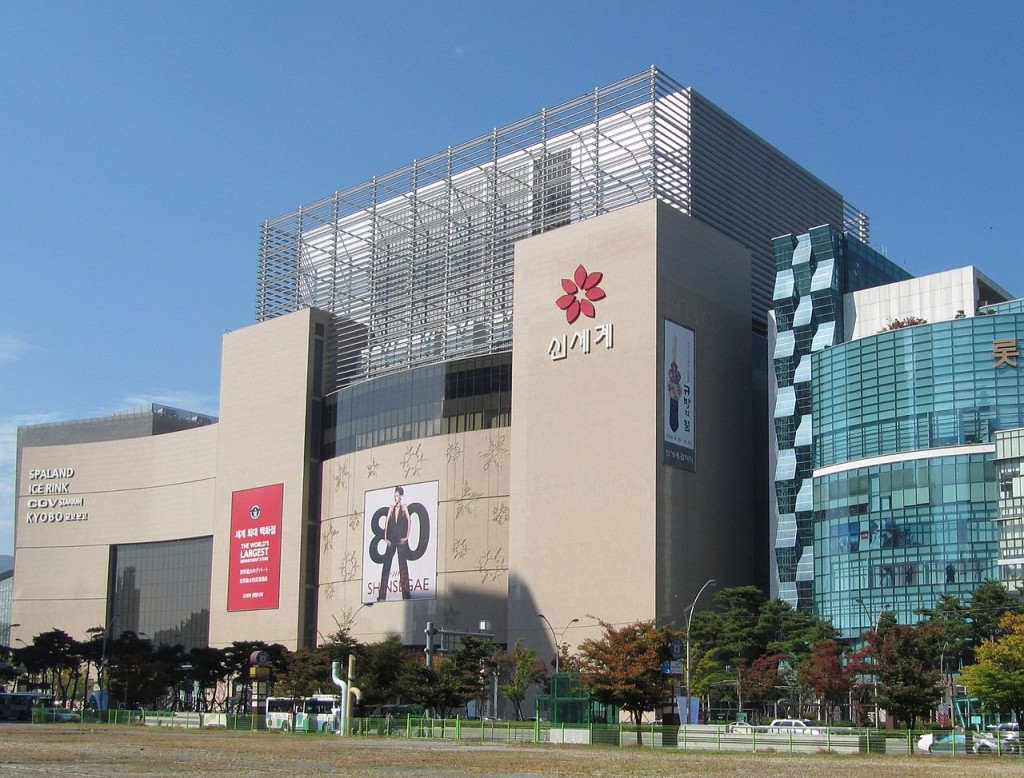 Shinsegae Centum City also saw an increase in male shoppers of 15.8 percent from this January to April compared to the same period last year. (image: Wikipedia)

BUSAN, May 19 (Korea Bizwire) – NOMU. No More Uncles. It’s a new acronym aimed at older men who are seeking a younger lifestyle.

Korean men are increasingly taking care of their looks. Men are investing more time and money in shopping, and in grooming themselves; even older men, the majority of whom used to think that grooming was an unnecessary luxury.

According to Lotte Department Store, there was a 12 percent increase in male shoppers compared to 2013 at four of its branches in Busan. The male contribution to the stores’ total sales also increased by 5 percent.

Shinsegae Centum City also saw an increase in male shoppers of 15.8 percent from this January to April compared to the same period last year. Revenue generated by sales to men also increased by 16.3 percent. Among the male shoppers, 40 percent were in their 30s, and 29.9 percent in their 40s.

“Every year, we see an increase in the number of male shoppers, and to target their demand, we’re offering more promotional sales and events,” said a Lotte Department official.