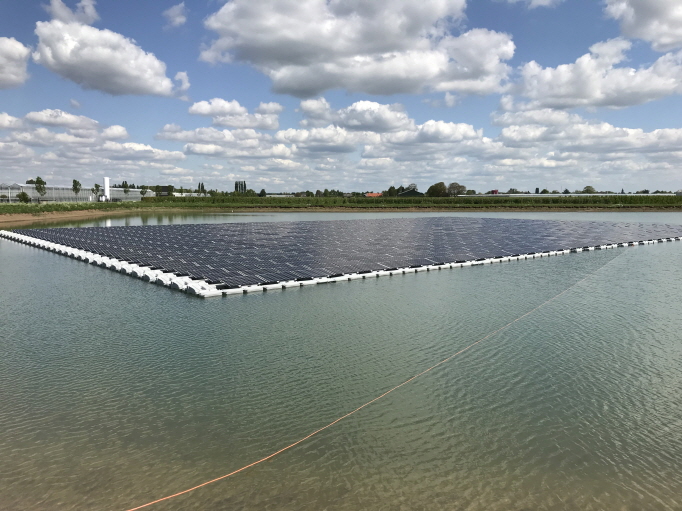 Floating solar power systems are required to have buoyant bodies that float power generation facilities on water and mooring devices that lock them up. (image: Hanwha Q Cells Co.)

The sharp increase since 2018 is attributed to the government’s policy to expand the size of its floating solar power ventures. In the first half of this year alone, 54 applications were filed.

Floating solar power systems are required to have buoyant bodies that float power generation facilities on water and mooring devices that lock them up.

When dividing the patent applications by technology, 260 (53 percent) were related to buoyancy and frames.

Therefore, it is believed that the portion of applications by small and medium-sized businesses or individuals is high because it is an area where creative and flexible ideas can be exercised.