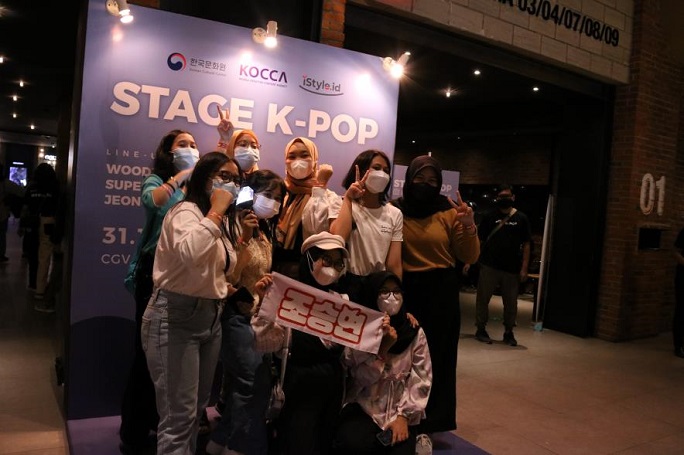 SEOUL, Nov. 2 (Korea Bizwire) — A large number of Indonesians gathered at CGV Grand Indonesia, a cinema located at Grand Indonesia Shopping Mall in Jakarta Sunday afternoon, not to watch a movie but to enjoy a K-pop performance.

The K-pop fans, mostly women in their 20s and 30s, showed their strong affection towards K-pop, saying ‘I love you’ in Korean when they took pictures at a photo zone.

This event titled ‘Stage K-Pop’ was an online concert designed to replicate the feeling of live concert for Indonesian K-pop fans who haven’t been able to visit Korea for a long time due to the travel restrictions enacted following the COVID-19 pandemic. 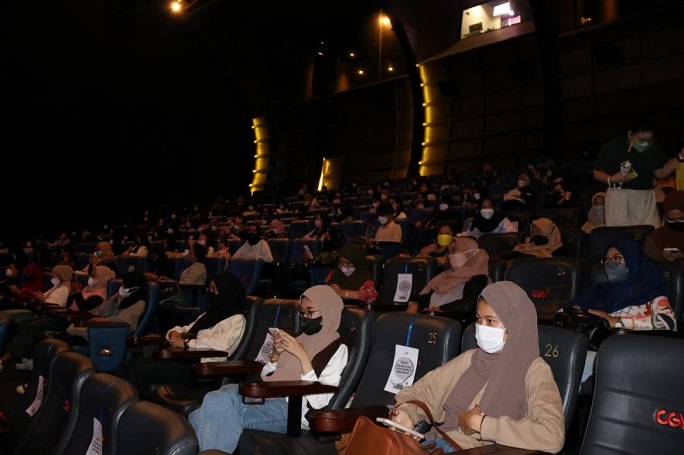 The Korea Creative Content Agency (KOCCA) used extended reality (XR) technology to create the feeling of a live concert, making the audience feel like the K-pop singers were performing in front of their eyes.

The KOCCA promoted the online concert through social media such as Instagram. Among about 3,000 Indonesians who applied to join the concert as audience members, 1,130 were selected through drawing lots.