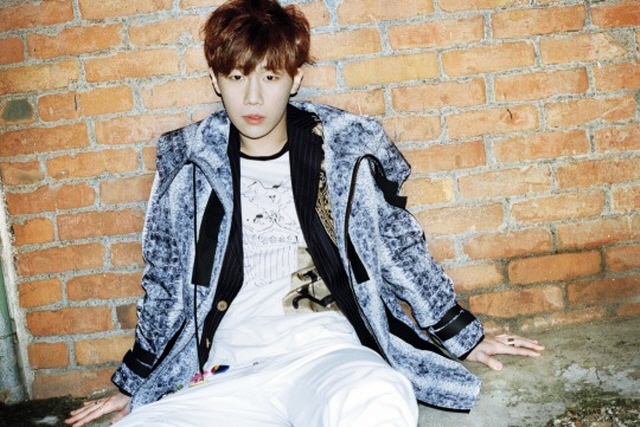 “Sungkyu will join the Army as an active-duty soldier on May 14,” Woollim Entertainment said in a release, using his stage name. “He will receive basic training at the boot camp in the 22nd Division of the Army in Goseong, Gangwon Province.”

In South Korea, all able-bodied men have to fulfill military duty for around two years.

The singer made a surprise announcement to his fans during a solo concert at a Seoul university the previous day.

“I didn’t talk about this because I thought it would be shocking, but I realized today is the last day to talk about it. I came to join the Army next week,” he said. “I’m sorry to have to be away from you for a while, but everyone should go to the military and it’s natural. Stay healthy and cheer for the rest of the members.”

He has also appeared in stage musicals such as “Gwanghwamun Sonata,” “In the Heights,” “All Shook Up” and the play “Amadeus.”

Meanwhile, Jun. K of the popular boy band 2PM, enlisted into the military on Tuesday.

His management agency, JYP Entertainment did not disclose the location of the boot camp where the singer will receive basic military training, citing his request.

Jun. K has been away from public activities since he was caught driving under the influence of alcohol in February.

On Tuesday, he once again apologized to his fans for disappointing them and vowed to make efforts to be “a person who is not ashamed of himself” in a handwritten letter posted on the group’s official website for fans.