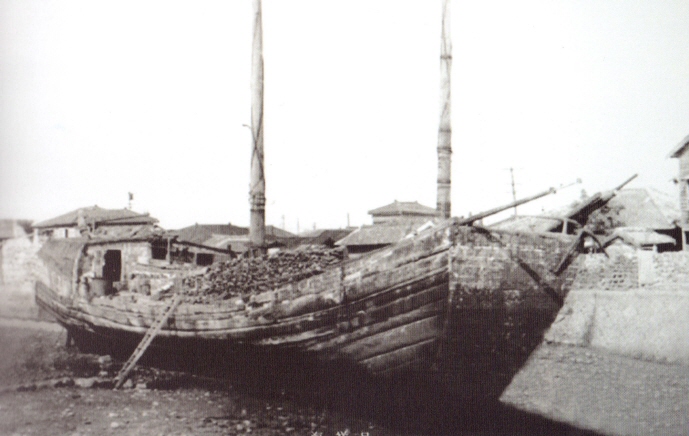 One of the first recorded examples of such can be traced back to 1950, when a wooden boat carrying Chinese nationals appeared on the shores of Jeju. (image: Jeju Provincial Government)

JEJU, Jul. 6 (Korea Bizwire) — As news of Yemeni nationals landing on Jeju soil and applying for refugee status continues to dominate headlines at media outlets across the nation, interest in the refugee crisis has been piqued while the public remains divided on the issue.

But contrary to what many people think, refugees have been coming to Jeju for decades to escape their homeland for various reasons.

One of the first recorded examples of such can be traced back to 1950, when a wooden boat carrying Chinese nationals appeared on the shores of Jeju.

The ship measuring 30 meters by 10 meters and carrying 54 people left mainland China in 1948 to escape civil war, and initially made port in Incheon in 1948 where it was moored for two years.

But when the Korean War broke out in 1950, the boat fared for Busan only to be hit by a bomb at Cheongsan-do, killing a number of passengers.

Afterwards, the ship was ferried to Jeju by a Korean warship, where it remained docked until it was broken down for scrap.

In November of 1989, 12 Chinese were smuggled into Jeju when a boat they were on arrived near Moseulpo Port.

Their identities revealed when they were reported by a restaurant owner, the Chinese reportedly claimed that they were wanted by Chinese officials for taking part in the Tiananmen Square protests.

A month after their arrival, they sailed off for Taiwan, their original destination before being shipwrecked off the shores of Jeju.

In the 1990s, there were a series of instances in which Vietnamese refugees rushed to the shores of Jeju by boat.

In July of 1993, a 5-ton ship carrying 45 Vietnamese men and women was forced by a typhoon to land in Jeju while traveling to its original destination, Japan.

After the typhoon had passed, Korean officials sent Vietnamese refugees back to sea after supplying the ship with food and other aid.

Similarly, a 5-ton wooden ship carrying 26 Vietnamese refugees came to Jeju’s shores in August of 1995 and left Jeju after escaping an oncoming typhoon.

After the refugee act was passed in South Korea, refugees were first officially welcomed into the nation in 2013 as part of humanitarian efforts triggered by the new law.

As such, the number of formally recognized refugees has continued to rise in recent years.

The only difference from the past is that refugees are now opting to head to Jeju by air rather than by sea, as is evident in the recent influx of Yemeni refugees to the island.