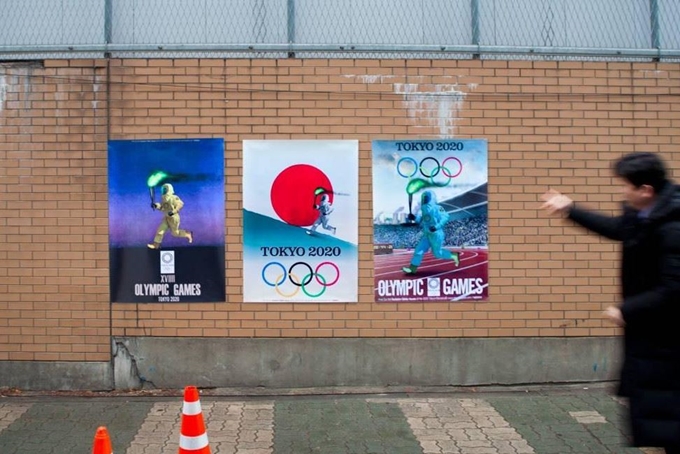 SEOUL, Feb. 14 (Korea Bizwire) — The Japanese government has expressed frustration over a poster designed by the Voluntary Agency Network of Korea (VANK), a Korean civic group, that questions the safety of Japan’s nuclear management prior to the upcoming 2020 Tokyo Olympics.

“It is not real. It shouldn’t happen,” said Yoshihide Suga, Japan’s Chief Cabinet Secretary, when asked about the poster at a regularly scheduled press conference on Thursday.

“The Japanese government is mobilizing all means possible to strongly protest against such conduct.”

It is the first time that Japan’s top government spokesman revealed the government’s position on this issue by answering a question at a regular press conference.

VANK created the poster last month to raise the issue of nuclear safety following the Fukushima Daiichi Nuclear Disaster as the Tokyo Olympics is now just around the corner.

In the poster, the Olympic torch is depicted as carrying a radioactive material.

In response, Japan reportedly notified the South Korean government of its concern, describing the poster as intending to ‘mock’ the Olympics as well as the disaster.

Japanese Prime Minister Shinzo Abe intends to use the Olympics as a chance to publicize the government’s efforts to overcome the 2011 Tohoku earthquake.

As a part of its initiative, the 121-day Olympic torch relay in Japan will start at J-Village, a training facility for the Japanese National Football Team and former headquarters of the Fukushima Disaster Relief on March 26.