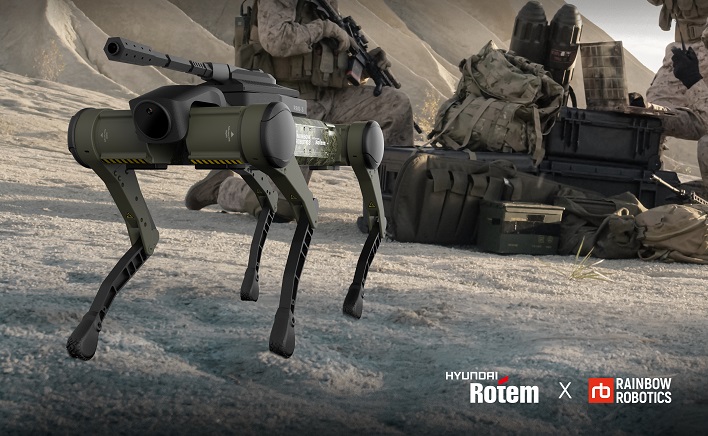 This animated image provided by Hyundai Rotem shows its multi-legged defense robot which is being developed.

The company said Thursday it had signed a memorandum of understanding with Rainbow Robotics to promote technological exchange and cooperation in the area of defense robots.

Under terms of the agreement, the two parties will develop a multi-legged defense robot that can contribute to enhancing military strength.

The robot will be designed to carry out counter-terrorism missions under normal circumstances as well as times of war, as well as to perform surveillance and reconnaissance missions to help maximize the viability of troops.

Following its exports of bipedal robots to the Massachusetts Institute of Technology, the U.S. Naval Research Laboratory and Google Inc., the company participated in South Korea’s Agency for Defense Development’s project to develop four-legged robots for use in surveillance and reconnaissance.