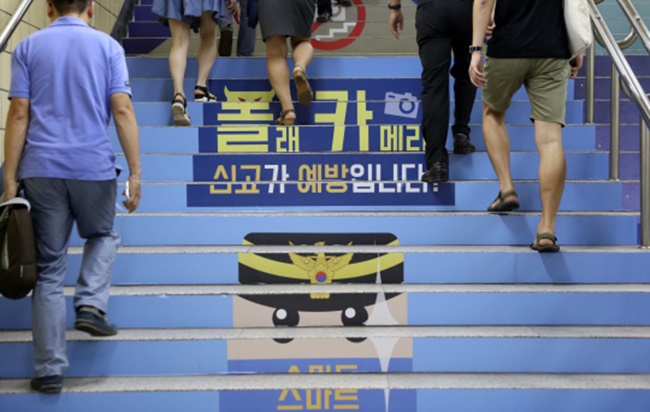 The government’s decision to serve stricter punishments comes in response to a growing number of crimes of voyeurism in recent years. (Image: Yonhap)

SEOUL, Jul. 19 (Korea Bizwire) — South Korean lawmakers have passed amendments to sex crime laws which will see those guilty of attempted rape and voyeurism subject to drug treatment, also known as chemical castration, in order to control their sexual impulses.

During the cabinet meeting chaired by Prime Minister Lee Nak-yon held on Tuesday at the Government Complex in Seoul, the government deliberated and voted on a number of reforms related to the law concerning pharmacological treatment of violent sex crime offenders, meaning offenders committing crimes of attempted rape, voyeurism, and rape involving minor victims will all be subject to chemical castration.

In addition, those serving a prison sentence and court orders of pharmacological treatment in the last nine to six months will be able to appeal to a court to lift the orders after being examined by psychology professionals to assess the risks of recidivism.

The decision comes after the Constitutional Court of Korea ruled it unconstitutional to not offer appropriate measures for prisoners to take in order to stop unnecessary medical treatment imposed on them, as the constitution prohibits the government from breaching individuals’ basic human rights.

Other reforms passed during the meeting yesterday include one that will revoke business licenses from movie theater operators if warnings issued over safety concerns aren’t met with appropriate actions.

Another reform allowing soldiers on leave while serving in the military to go on holiday abroad was passed, which will give much more choice to currently serving military members provided they are granted permission from their commanding officers.

The government’s decision to serve stricter punishments comes in response to a growing number of crimes of voyeurism in recent years.

Last month, student unions from a number of universities including Konkuk, Hanyang and Korea University made headlines after addressing the issue of voyeurism on campus by creating a safe environment for students, particularly in university bathrooms, where victims are most likely to be targeted.