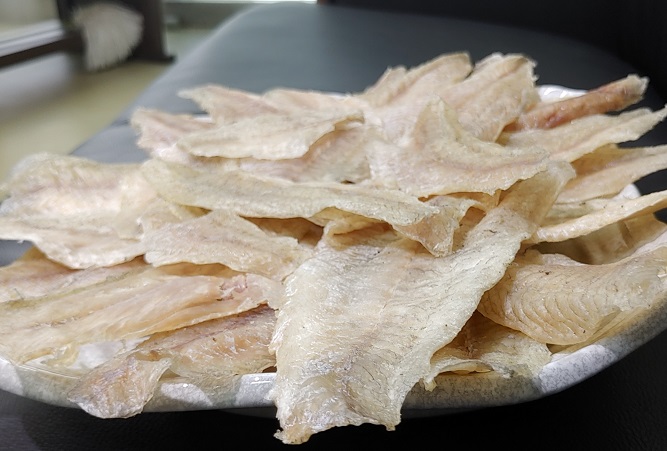 This photo provided by South Chungcheong Provincial Office shows jerkies made with bass.

South Chungcheong Provincial Office said Thursday that it had successfully developed meat products made with bass and bluegills in the form of processed crab sticks, sausages and fish cakes.

The province was inspired by the fact that bass and bluegills have a similar taste to species of white fish, which are commonly used to make processed foods.

Fish cakes made with bass and bluegill taste the same as those available in commercial markets. Bass and bluegill jerkies also have a similar taste to dried filefish fillets.

In a blind tasting event for government employees and local residents, many of the participants said that the products made with bass and bluegill tasted better than other commercial equivalents.

The province expects that the successful commercialization of bass and bluegill foods will result in economic benefits of 5 billion won each year to the province, and around 20 billion won for the country as a whole.