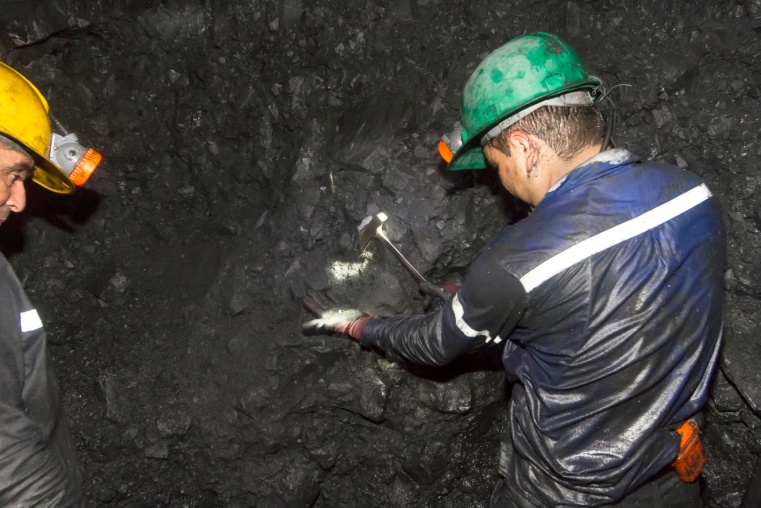 Host rock with emerald mineralization in the mine face. (image: Fura Gems Inc.)

TORONTO, Mar. 21 (Korea Bizwire) — Fura Gems Inc. (TSXV:FURA) (OTC:FUGMF) (FRA:BJ43) is pleased to announce the commencement of its Bulk Sampling Program at the Coscuez emerald project in Boyacá, Colombia (the “Coscuez Emerald Mine”).

“Fura has achieved an important milestone by commencing the bulk sampling mining operation at the Coscuez emerald mine within eight weeks of the completing the acquisition of the mine.”

“The initial production of 1,720 carats of emeralds, including 826 carats of top quality emeralds, during the early stage of the program further confirms the quality of the Coscuez emerald mine. We will continue to build our geological knowledge of the license area and also strive to modernize the Coscuez emerald mine. Fura has now become the first publicly listed company in the world to commence a bulk sampling operation in Colombia, the world’s largest supplier of emeralds.”

About the Colombia Emerald Mine

The Coscuez Emerald Mine license covers an area of 46 hectares and includes exclusive rights for the exploration, construction and mining of emerald deposits granted by the Government of the Republic of Colombia.  The Coscuez Emerald Mine is located within the area historically known as the “Coscuez Mine” in the municipality of San Pablo de Borbur, Department of Boyacá.

The Coscuez Emerald Mine has been in operation for over 400 years.  It is recognized worldwide as it has produced renowned pieces like the 1,759 carat Guinness Emerald, believed to be one of the largest gem-quality crystals, the pieces found in the Spanish crown, as well as collections from India and the Ottoman Empire, and others which continue to be discovered in diverse archaeological findings such as the San Jose galleon.

Historically, the Coscuez Emerald Mine has been operated on a small-scale basis with the development of various tunnels over the license area. A total of 40 tunnels were created at various levels but the previous owners mainly focused on the La Paz tunnel at the 900RL level (Zero level), – 88m below La Paz and -120m below La Paz. The mining operations were carried out very traditionally and on a small-scale basis with the focus being on chiseling of calcite – veins post blasting.

Prior to Fura’s acquisition of the Coscuez Emerald Mine, the previous management used small-scale underground mining methods, such as blasting of the mineralization zone within the carbonaceous shale, chiseling of the calcite veins within the carbonaceous shale and focusing on the manual extraction of emeralds present on the calcite veins. The mine has historically been operated using non-mechanized methods without a wash-plant for the washing of the mined mineralized body or recording of grade and tons mined.

A photo accompanying this announcement is available at
http://www.globenewswire.com/NewsRoom/AttachmentNg/8aa65bce-038b-42d4-8712-236f4e127ee2

Immediately after the acquisition of the Coscuez Emerald Mine by Fura, detailed geological and topographic survey programs were initiated and to date, 24 historical workable tunnels consisting of 17km have been surveyed and a total of 23km have been mapped. This survey has provided Fura with valuable information about the geology and the definition of the mineralized body.

The Bulk Sampling Program was initiated the second week of February 2018 and Fura plans to mine a total of 30,000 tons of material as a part of this program.  The program will be completed in two phases and will continue until 31 December 2018.  The first phase of the sampling will focus on the area below the La Paz tunnel and the second phase will focus on the area over the La Paz tunnel, covering most of the known mineralized body.

The main purpose of a Bulk Sampling Program is to collect representative samples from the mineralized body at different levels from all accessible tunnels and workings within the license area. The data collected from the program will then be modeled to understand the mineralized body grade and accordingly, if conclusive, a large-scale mining plan can be devised.

Photos accompanying this announcement are available at
http://www.globenewswire.com/NewsRoom/AttachmentNg/8468f9b6-0d49-4fea-8cf6-bc46465b72aa

During the first phase of the Bulk Sampling Program, a total of 1,720 carats have been discovered, out of which 826 carats are of high quality.

A photo accompanying this announcement is available at

Fura has started working on the design of the Pilot Wash-Plant to support the bulk sampling process with a rated capacity of 30 tph and with an annualized capacity of 100,000 tons per annum. The Company expects the plant to be commissioned on or before 30 June 2018.

The Company cautions that it is not basing its production decision on a feasibility study of mineral reserves demonstrating economic and technical viability, and as a result there is increased uncertainty and there are multiple technical and economic risks of failure which are associated with this production decision. These risks, among others, include areas that are analyzed in more detail in a feasibility study, such as applying economic analysis to resources and reserves and a number of specialized studies in areas such as mining and recovery methods, market analysis, and environmental and community impacts.

Fura is engaged in the exploration of resource properties in Colombia and owns a 76% interest the Coscuez emerald mine in Boyacá, Colombia and a 100% interest in the emerald licence ECH -121. Fura is involved in the exploration and mining of rubies in Mozambique through its 80% effective interest in the four ruby licences (4392, 3868, 3869 and 6811) that it acquired in November 2017.

Ricardo A. Valls, M.Sc., P.Geo., of Valls Geoconsultant, Toronto, Ontario, a Qualified Person as defined by National Instrument 43-101, has reviewed the scientific and technical information disclosed in this news release and has approved its dissemination.  Mr. Valls is considered independent of Fura.

This press release may contain “forward looking information” within the meaning of applicable Canadian securities legislation. Forward looking information includes, but is not limited to, statements with respect the mineralization as the Coscuez Emerald Mine, the prospectivity of the Coscuez Emerald Mine, the Company’s ability to complete the Bulk Sampling Program, the results of the Bulk Sampling Program, the Company’s ability to commission the pilot-wash plant, the Company’s ability to develop the Coscuez Emerald Mine, the market price of Emeralds and other gemstones, the Company’s exploration activities and mining activities and the Company’s performance. Generally, forward looking information can be identified by the use of forward-looking terminology such as “plans”, “expects” or “does not expect”, “is expected”, “budget”, “scheduled”, “estimates”, “forecasts”, “intends”, “anticipates” or “does not anticipate”, or “believes”, or variations of such words and phrases or state that certain actions, events or results “may”, “could”, “would”, “might” or “will be taken”, “occur” or “be achieved”. Forward-looking information is subject to known and unknown risks, uncertainties and other factors that may cause the actual results, level of activity, performance or achievements of the Company to be materially different from those expressed or implied by such forward-looking information, including but not limited to: general business, economic, competitive, geopolitical and social uncertainties; the actual results of exploration activities; regulatory risks; risks inherent in foreign operations, uncertainties with respect to the Coscuez deposit, which has never been subject to modern mining methods nor any comprehensive feasibility study; legacy environmental risks, title risks and other risks of the mining industry. Although the Company has attempted to identify important factors that could cause actual results to differ materially from those contained in forward-looking information, there may be other factors that cause results not to be as anticipated, estimated or intended. There can be no assurance that such information will prove to be accurate, as actual results and future events could differ materially from those anticipated in such statements. Accordingly, readers should not place undue reliance on forward looking information. The Company does not undertake to update any forward-looking information, except in accordance with applicable securities laws.