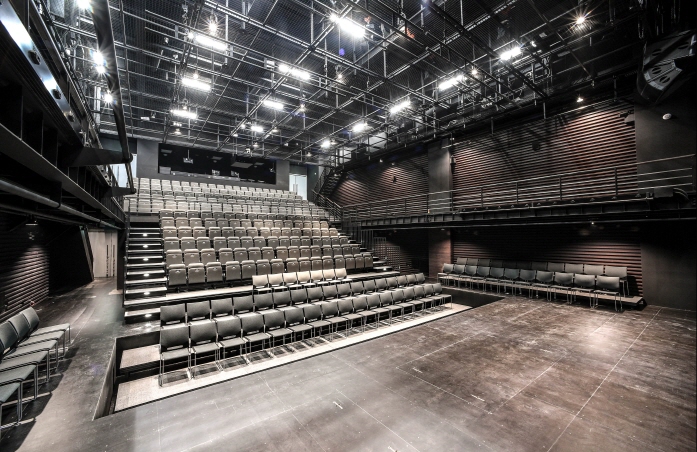 The new theater space has been created in the basement levels 2 and 3 of the Sejong Center in Gwanghwamun, boasting a floor space of 1,395 square meters. (image: Sejong Center for the Performing Arts)

SEOUL, Oct. 16 (Korea Bizwire) — A new performance hall will be opening to the public on October 18 in the center of Seoul.

At a press conference held at the Sejong Center for the Performing Arts yesterday, reporters were given a first-hand tour of “Sejong S Theater,” a space that aims to “break down barriers between stage and audience.”

The new theater space has been created in the basement levels 2 and 3 of the Sejong Center in Gwanghwamun, boasting a floor space of 1,395 square meters.

The space resembles an empty box which, depending on the genre and nature of performances to be staged in the future, can be altered in various ways to change seating and stage arrangements.

With a total capacity of approximately 300 seats, Sejong S Theater was constructed over a period of two years with a budget of 7.5 billion won.

As improvisation and audience participation continues to become a popular trend in current theater productions, the S Theater will stage experimental and provocative works of art in the years to come.