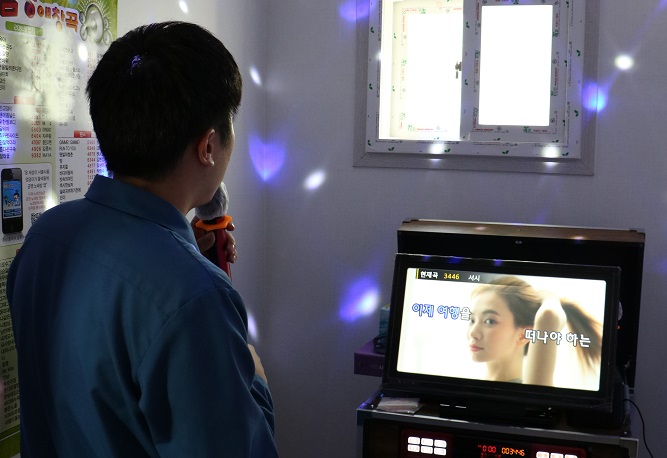 Inmates can use the noraebang room for up to one hour after making a reservation. (image: Jeonju Prison)

SEOUL, Oct. 29 (Korea Bizwire) — After the news came out that a karaoke room, called “noraebang” in Korean, and arcade game machines had been installed for prison inmates, local citizens showed mixed responses.

Jeonju Prison prepared the installation of such facilities starting from early this year, and spent about 50 million won (US$44,000) on the project.

Inmates can use the noraebang for up to one hour after making a reservation.

Inmates with greater stress from being imprisoned, including death row convicts and those who have a history of self-injury or suicide attempts, are given priority in the use of the facilities.

These facilities were originally scheduled to open once a week and are available for free. But, they can also open upon request based on the circumstances.

Jeonju Prison officials said that they decided to install such facilities based on considerations that religious activities and correctional services for inmates are currently restricted due to the spread of the COVID-19 pandemic.

This is the first time in South Korea that noraebangs and game machines have been installed at a prison.

Public opinion, however, is divided on the issue.

“Considering that the prison already has playgrounds and inmate exercise facilities, I don’t know if it’s necessary to install noraebangs there. The victims of the crimes committed by the inmates may not welcome the move.” said a 41-year-old Jeonju citizen surnamed Choi.

In contrast, a 33-year-old citizen surnamed Kim said “Among the inmates, there would be some who were put in jail simply for the mistakes they made when they were young.”

“Such facilities could bring some comfort to them.”