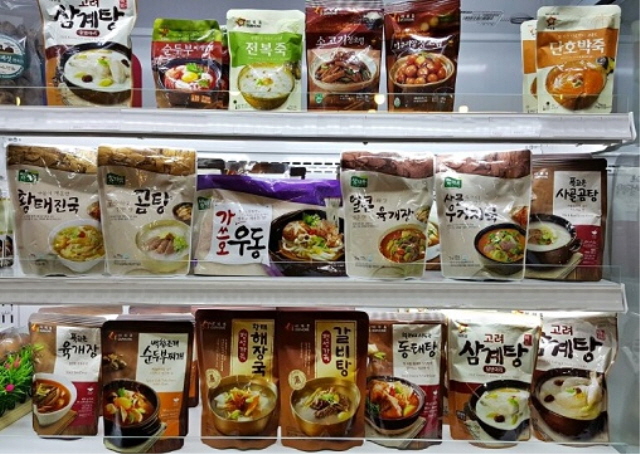 According to major online shopping mall Gmarket, sales of instant rice, soup and other meals to customers in their 40s and 50s jumped 152 percent on-year from Jan. 1-March 17 this year.

The figure is much higher than the overall 91 percent increase in Gmarket’s instant meal sales during the period.

“An increasing number of older people seem to be purchasing those easy-to-eat meals mainly because they are busy,” a Gmarket official said.

Industry watchers said the HRM market is growing rapidly on a wider range of products, including the so-called meal kit.

The report was based on an analysis of more than 300,000 sets of purchasing data from 6,000 people, as well as 52 million online purchases and orders placed by 5,000 households.

The flagship of food and entertainment giant CJ forecast sales of HMR products to rise down the road, driven by purchases made by the older generation.