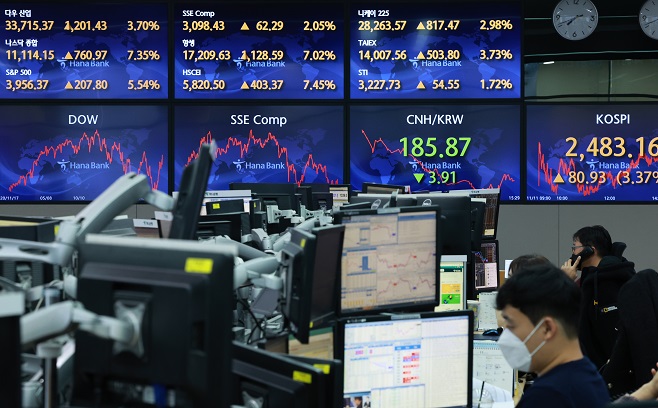 Electronic signboards in the dealing room of Hana Bank in Seoul on Nov. 11, 2022. (Yonhap)

The outstanding value of foreign securities held by local institutional investors stood at US$354.93 billion as of end-September, down $18.69 billion from three months earlier, according to the data from the Bank of Korea (BOK).

The decline is blamed on losses caused by setbacks in global bond and stock markets affected by fast rate hikes in major countries to fight inflation.

Foreign securities include stocks, bonds and “Korean paper,” which refers to foreign currency-denominated securities issued by the South Korean government, banks and companies in overseas markets.

Their investment in Korean paper also declined $1.7 billion over the cited period, according to the data.