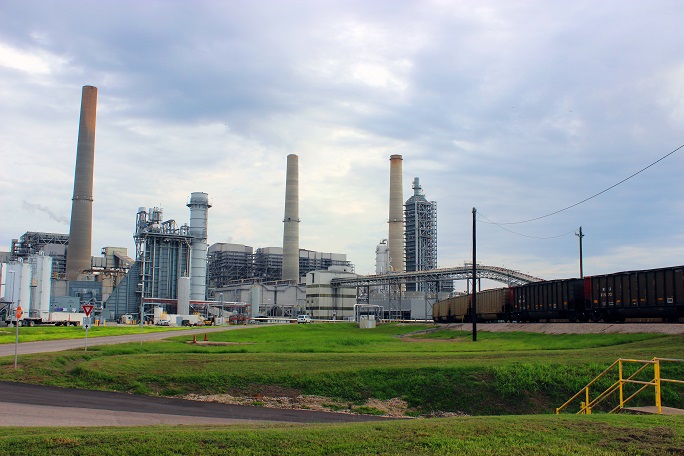 REGINA, Saskatchewan, Aug. 18 (Korea Bizwire) — The recent news that the carbon capture and storage (CCS) project at Petra Nova suspended its operations is concerning. As we try to advance CCS globally to see rapid and meaningful cuts in carbon dioxide (CO2) emissions, any project that gets shut down at this point, particularly when they are capturing successfully, is a step backwards for CCS.

NRG’s & JX Nippon’s CCS initiative at Petra Nova, located in Texas, at the W.A. Parish Generating Station, was not only successful in its project delivery in 2016 (on time and on budget), and recipient of Power Engineering’s  Project of the Year (2017), but also had continued to operate successfully capturing 90% of CO2 emissions – the equivalent of taking 350,000 cars off the road.i

So, the halt of CO2 capture at Petra Nova is nothing short of disappointing.

To limit global warming to 1.5°C, large-scale, emissions-intensive, industrial and power generation processes must be significantly decarbonized. To meet reductions of this magnitude there needs to be accelerated progress in the commercial-scale deployment of CCS across a wide variety of applications, including industrial processes, such as cement and steel; and power generation, such as coal and natural gas.

32% OF GLOBAL EMISSIONS COME FROM THE POWER SECTOR

With 32% of global CO2 emissions coming from the power sector alone, it is ripe for deployable, proven, climate action. This means we need more renewables, we need more hydrogen, we need more nuclear, and we need more CCS. CCS can be a cornerstone for the power sector in reducing its emissions globally. For the coal industry, CCS is a great transition technology that can be rolled out relatively quickly and with proven results – but it must be done without delay, and it certainly can’t afford to be reversed.

According to the International Energy Agency (IEA), CCS used to support power generation is at 2.4Mt/year capacity globally; the world needs 1.5Gt per year by 2040 under IEA’s Sustainable Development Scenario.  Given Petra Nova and the Boundary Dam Unit 3 CCS Facility (BD3), located in Saskatchewan, Canada represent that capture capacity as the only two large-scale coal plants with CCS on the planet, with Petra Nova now being sidelined, 1.4Mt/year of this capacity is off the books. ii

We need these facilities for cutting emissions.
We need to use their lessons for developing more CCS facilities.

THE HALT AT PETRA NOVA ISN’T BECAUSE OF CO2 CAPTURE

It is important to be clear that the stoppage at Petra Nova isn’t reported as the result of something happening, or not happening, within the CO2 capture process. Instead it is due to low crude prices thwarting the oil-production efforts of the project.

Petra Nova was created as an enhanced oil recovery (EOR) project. The business model for Petra Nova has its ownership entities directly involved in the downstream CO2 storage through EOR and thus the market price for oil impacts upstream operating costs and decisions at the capture side of the project.

BD3 was created as an environmental project. Based on a comparative cost to shifting to natural gas (with high gas prices at the time) and to meet compliance with looming coal regulations in Canada, BD3 moved forward with the ability to sell CO2 for EOR, but also with a storage project – Aquistoreiii.

The joint-venture business model seen at Petra Nova is not a factor at BD3. BD3, which began operating its CCS facility in 2014, is owned by the provincial crown corporation, SaskPower, and the downstream CO2 off-taker for EOR in oilfields 66 kilometres away is an independent company (Whitecap Resources) that has an agreement to purchase a certain amount of CO2 annually. Interestingly, the Weyburn-Midale oil fields have been storing CO2 via EOR for almost 20 years with over 35Mt stored to date.

Halting the CO2 capture process at Petra Nova means emissions are now being vented into the atmosphere at the Parish Generating Station while the capture plant sits idle.

Achieving emissions reduction goals is the result of using the right policies with large-scale investments in clean energy, including CCS technologies. It is important that there is a value stream and a business case to support successful deployment of CCS that is tied to sustainable and environmental policies.

The United States is a leader in creating the right kind of instrument through the adoption of the 45Q tax credit. This policy, which is soon set to roll out at a higher rate than in the past, creates a government grant-like incentive for innovation in CCS. It provides USD$50 per tonne for CO2 geologically stored, and USD$35 per tonne for CO2 utilization including EOR, with no cap on the amount possible to be received. The 45Q credit which has currently spurred 27 projects – a number of those, coal related – is providing certainty for developers. Yet to qualify, projects must start construction before the end of 2023.

Petra Nova had not claimed 45Q tax credits (which were much lower at that time in 2016) and instead relied on oil sale revenues to remain profitable. The operating success at Petra Nova shows CCS does work – but the shutdown points to the fact that more value needs to be attributed to the CO2 reduction. Perhaps if this new version of the incentive had been available to the project it would improve the economics.

In Canada, the price of oil is even less than in the United States because of the limited ability to get oil to various markets. In fact, in March of this year, a barrel of oil was cheaper than a pint of beer in Canada.iv More recent numbers show that the West Texas Intermediate (WTI) price of oil, often a world reference price quoted in the media, averaged USD$38.31 a barrel in June 2020 (29.9% lower than 2019); Western Canada Select (WCS), the price obtained for many Alberta producers of oil, averaged USD$33.97 during the same time period. The June 2020 differential of WTI over WCS was USD$4.34.v

Despite the price of oil in Canada, BD3 has not indicated any plans to stop capturing based on oil price. In fact, the main off-taker for BD3 CO2, Whitecap, has publicly stated that is wants more CO2, not less. The company would like a minimum of 15 years of CO2, on top of what it has in place right now.vi

BD3 is continuing to capture CO2. During the month of July, BD3 captured 75,503 tonnes of CO2. The average daily capture rate when CCS was online was 2435 tonnes per day, with a peak one-day capture rate of 2627 tonnes. The CCS facility was online 99.8% of the month, coming offline for 1.5 hours when a booster fan temporarily stopped due to water cooling issues.vii

Beth (Hardy) Valiaho is the Vice-President, Strategy & Stakeholder Relations representing the International CCS Knowledge Centre amongst global decision makers and financiers to accelerate engagement on, and understanding of, the deployment of CCS as a means to see balance in energy, environment and social implications.

About the International CCS Knowledge Centre (Knowledge Centre): with a mandate to advance the global understanding and deployment of large-scale CCS to reduce global GHG emissions, the Knowledge Centre provides the know-how to implement large-scale CCS projects as well as CCS optimization through the base learnings from both the fully-integrated Boundary Dam 3 CCS Facility and the comprehensive second-generation CCS study, known as the Shand Study. Operating since 2016 under the direction of an independent board, the Knowledge Centre was established by BHP and SaskPower. For more info: https://ccsknowledge.com/