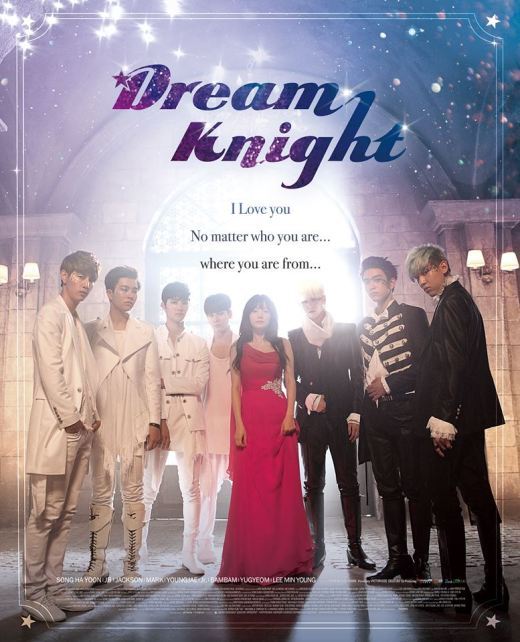 Dream Knights is a fantasy rom-com teen drama featuring Song Ha-Yoon and the members of boyband GOT7.

SEOUL, Jan. 27 (Korea Bizwire) – JYP Pictures’ web-drama ‘Dream Knights’ is getting a storm of sales requests from international broadcasters even though the first episode of the drama has yet to air. Dream Knights is a web drama that will be aired online in Korea, China and Thailand at the same time starting from January 27.

China’s leading internet television company Youku Tudou Inc., or YOKU, and JYP Pictures jointly invested to produce Dream Knights, and the drama is now drawing interest from American and Japanese broadcasters after the unveiling of its first teaser trailer on January 20. It is said that several American and Japanese broadcasters are inquiring about the acquisition of online broadcasting rights and other optional rights regarding the web-drama.

Dream Knights is a fantasy rom-com teen drama featuring Song Ha-Yoon and the members of boyband GOT7. The story revolves around Song’s character and the GOT7 members, and is expected to feature many dancing and singing sequences.

Dream Knight also has been the talk of the town due to its cameo list of top-tier actors and actresses. Lee Kuk-Ju and Clara Lee will make cameo appearances on the drama, while other JYP Entertainment stars such as Suzy and Min from Miss A, Chansung from 2PM, Park Ji-Min and Park Jin-Young, and JYP himself will also make surprise appearances.