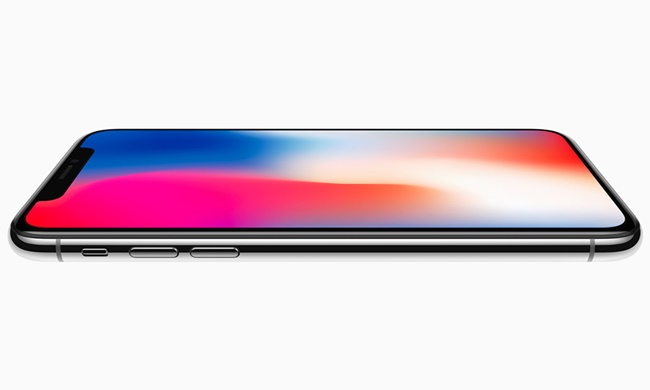 On Tuesday (local time), Apple unveiled its super-premium model, the latest generation of its flagship device, starting at US$999 for the base 64GB edition and $1,149 for the 256GB edition, the most expensive smartphone yet. (Image: Apple)

On Tuesday (local time), Apple unveiled its super-premium model, the latest generation of its flagship device, starting at US$999 for the base 64GB edition and $1,149 for the 256GB edition, the most expensive smartphone yet.

The models were revealed at a launch event in California as the phone marked its 10th anniversary.

The new device will be available in 50 countries, the first group of countries eligible to participate in preorders on Oct. 27. It will then go on sale on Nov. 3.

Considering that previous iPhone models have taken nearly one and half months to land in South Korea, the iPhone X is most likely to be available starting in December at the earliest, the sources said.

The sources added the price tag of the 256GB edition may be more than 1.4 million won ($1,241) to exceed that of Samsung’s Galaxy Note 8. The 256 GB edition of the South Korean tech giant’s latest high-end smartphone is priced at 1.25 million won.

The Note is set to hit the shelves this week in South Korea and some other countries.

The iPhone X is equipped with a 5.8-inch high-end organic light-emitting diode screen, unlike the LCD screens Apple used in earlier iPhones. The screen also runs almost completely top to bottom and side to side. The device is unlocked through facial recognition software, and the iPhone’s signature home button has been removed.