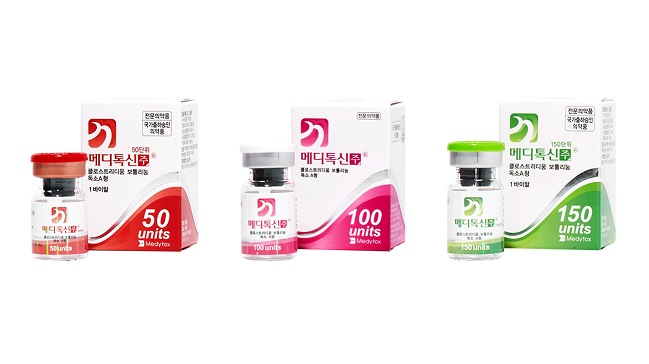 This undated image, captured from the website of Medytox Inc., shows the company’s botulinum products.

According to officials at Daewoong, the ITC decided to invalidate the earlier ruling that banned the imports of Nabota in the United States, which is marketed under the name, Jeuveau.

The move comes after the U.S. Courts of Appeals in July dismissed the case, ruling their appeals as “moot.”

The long-running dispute began in January 2019, when Medytox — along with development partner Allergan plc — filed a complaint with the ITC, alleging that Daewoong Pharmaceutical stole trade secrets related to turning the deadly botulinum toxin into a wrinkle treatment and introduced the product to the U.S. market.

Daewoong Pharmaceutical has rebutted the argument, saying its botulinum toxin product has its own indigenous strain and that Medytox is trying to block U.S. imports of its rival product.