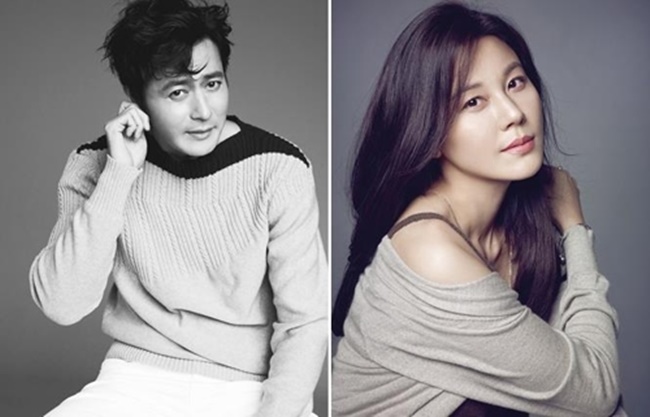 The two veteran stars will present the opening event for BIFF on Oct. 12, kicking off the 22nd edition of Asia’s premier film festival, according to the festival. BIFF is held in the southern South Korean port city of Busan.

Jang, star of the spy-murder thriller “V.I.P.,” which is currently playing in theaters, made his debut in 1990 and has appeared in numerous TV dramas and movies, such as “Friend,” “Taegukgi: The Brotherhood of War” and “A Gentleman’s Dignity.”

Kim broke into show business with the movie “Bye June” in 1998 and has blossomed into one of the country’s most prolific actresses. Her filmography includes “My Tutor Friend,” “Too Beautiful to Die” and “On Air.” She also shared the spotlight with Jang in “A Gentleman’s Dignity” in 2012.