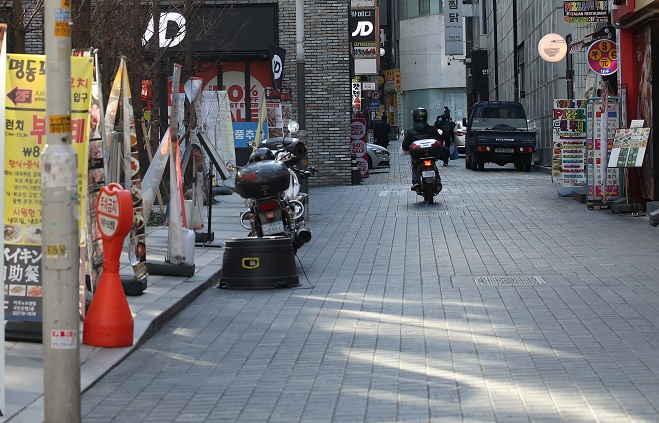 SEOUL, Feb. 25 (Korea Bizwire) — The number of people working at restaurants and hotels fell by a record 24,000 in January amid the third wave of the coronavirus pandemic, the labor ministry said Thursday.

The total number of workers in the restaurant and hotel industry stood at 1.05 million last month, down 24,000, or 18.7 percent, from the same month last year, according to the Ministry of Employment and Labor.

It is the biggest decline for the sector since record keeping began in June 2009, the ministry said.

Restaurants and hotels have been among the businesses hardest hit by the coronavirus pandemic, with the government maintaining a curfew on restaurants’ opening hours to curb the spread of the virus.

The facility maintenance business, which includes the travel sector, saw a decline of 69,000 workers, or 6 percent, over the same period, while the arts and sports sector reported a sharp decline of 54,000 workers, or 17 percent.

Across all industries, the total number of people employed by businesses of one or more workers stood at 18.28 million at the end of January, down 351,000, or 1.9 percent, from the same month last year.

The ministry said it was the biggest decrease since 365,000 in April, when the shock of the pandemic kicked in.

By status, the number of full-time employees fell by 303,000 — a record high — while the number of temporary workers and day laborers dropped by 26,000.

The decline, which came despite there being two more working days in 2020 than in 2019, is likely a reflection of an increase in employees taking leave and business suspensions amid the pandemic.