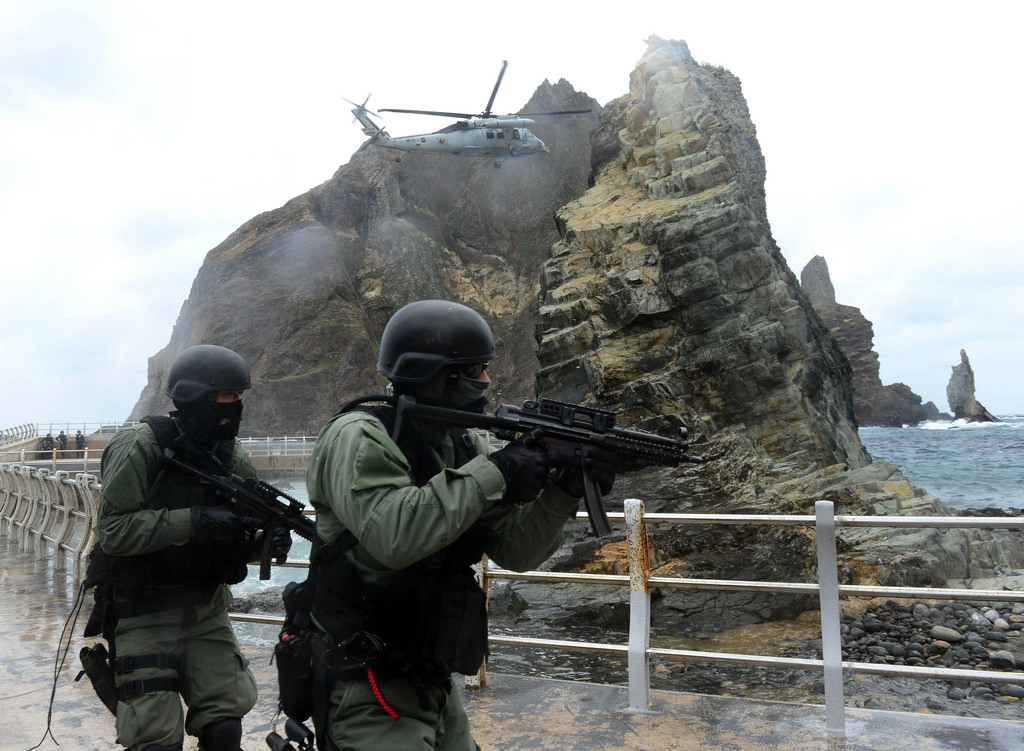 The South Korean military said earlier in the day it is planning a defense exercise around Dokdo sometime in the first half of this year. (The image shows a previously held Dokdo Defense drill of Republic of Korea Navy. Image courtesy of Republic of Korea Armed Forces/Flickr)

“The government strongly protests Japan for approving high school textbooks again that contain its government’s unjustified claim to our sovereign territory of Dokdo and other distorted historical perceptions,” the ministry said in a statement. “We demand immediate corrective measures.”

“The Japanese government should realize that the victims of its wrong historical perceptions will be none other than its own growing generations. Having that in mind, it should show a responsible stance for the education of its next generations,” it added.

Earlier in the day, Japan’s education ministry announced the list of its newly authorized textbooks to be used from April next year for high school sophomores.

Of the 24 newly approved social studies textbooks, 19, or nearly 80 percent, claim that Dokdo is Japanese territory. Some state that South Korea is illegally occupying Dokdo, called Takeshima in Japan. 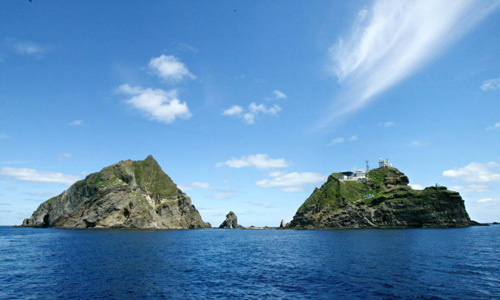 Dokdo consists of two tiny rocky islets surrounded by 33 smaller rocks. The first historical references to the island were cited in Korean documents, which make reference to them as a part of an independent island state known as “Usankuk” (Ullung Island) which was incorporated into the Korean Shilla Dynasty in 512 AD. (Information extracted from dokdoresearch.com, Image courtesy of Wikimedia Commons)

The ratio is much higher than four years ago when 37 out of 60 social studies textbooks, or 61.7 percent, contained such a claim.

Currently, Japan is teaching almost all elementary, middle and high school students that Dokdo is its territory.

Dokdo, a set of rocky islets lying closer to South Korea in the East Sea, has long been a recurring source of tension between the neighbors.

South Korea has kept a small police detachment on Dokdo since its liberation from Japan in 1945 and has made clear that Tokyo’s claims are utterly groundless.

“By teaching a distorted history and repeating its claim on Dokdo, Japan is inflicting pain on its neighboring country, being oblivious to its historical wrongdoing of severely infringing the neighbor’s sovereignty and human rights through a war of aggression,” it said.

A foreign ministry official said that the government will demand corrective measures from Japan and that other relevant agencies will take more time to study details and accordingly take their own countermeasures. But he admitted that chances are low that Japan will heed Seoul’s warnings. 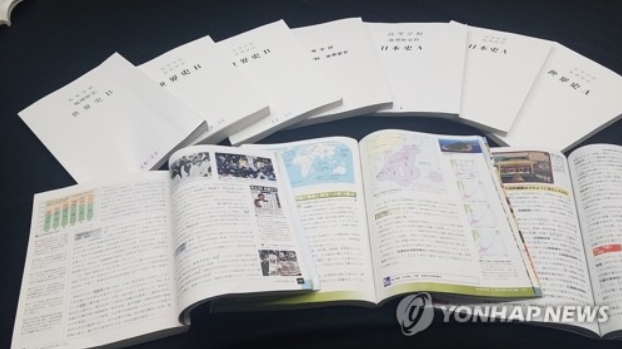 Of the 24 newly approved social studies textbooks, 19, or nearly 80 percent, claim that Dokdo is Japanese territory. Some state that South Korea is illegally occupying Dokdo, called Takeshima in Japan. (Yonhap)

“We demanded the same corrective action last year. So did other relevant agencies following their in-depth analysis. But it appears that Japan rather intensified their descriptions about Dokdo in accordance with its education guidelines,” he said.

The latest controversy is expected to exacerbate the ongoing diplomatic friction over a statue recently erected in front of the Japanese consulate in South Korea’s southern port city of Busan.

Tokyo has been demanding the removal of the statue symbolizing its sexual slavery of Korean women during World War II, saying that it is in violation of the spirit of the deal reached late in 2015 between the two neighbors to resolve the rift over the issue “once and for all.” It called home its ambassador in protest in January and he has not come back to Seoul.

Of the newly approved history textbooks, 13 textbooks include things related to the comfort women issue. In particular, seven textbooks mention the deal reached between Seoul and Tokyo in December 2015 to resolve the deep-running rift over Japan’s wartime sexual slavery.

In Tokyo, the Japanese ministry also lodged its own complaint with a senior diplomat at the South Korean Embassy there over Seoul’s plan to conduct a military exercise near Dokdo, Japan’s Kyodo News reported Friday.

Japan’s Foreign Minister Fumio Kishida said the exercise is “unacceptable” and “regrettable,” according to the Japanese report. The head of the Japanese foreign ministry’s Asian and Oceanian Affairs Bureau lodged a protest with the South Korean diplomat in Japan, it said.