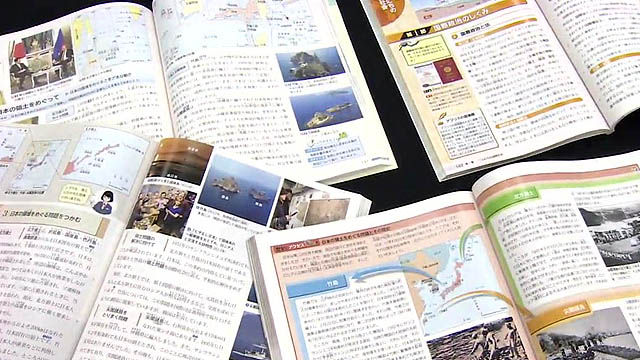 SEOUL, Apr. 15 (Korea Bizwire) — A group of South Korean and Japanese citizens participating in the 13th “Peace & Green Boat,” a cruise program of the Korea Green Foundation and a Japan-based international NGO, Peace Boat, was held on a boat headed to Nagasaki from Shanghai on April 12.

During the program, South Korean and Japanese participants had an opportunity to compare their history textbooks.

Japanese filmmaker Eiji Yamada, who hosted the meeting, said, “The perception of history is different because South Korean and Japanese citizens learn from different textbooks.”

“In Japan, many textbooks deal lightly with resistance movements in colonial countries such as the March 1 Movement. Also, the textbooks deal with modern history very briefly,” the flimmaker said.

“This compares to the Korean history textbooks, where they describe historical facts in detail.”

He also added, “Japanese textbooks on the other hand, try to cover their historical errors by introducing historical figures of Korea and culture and arts of Korea.”

Citizens of both countries who read their respective textbooks were both disappointed that the Japanese textbooks intentionally hide historical facts such as Japanese aggression and resistance against Korea.

One of the Japanese participants said that Japan has changed a lot since the war, but unchanging political power is causing all the mess.

He also added that if Japan goes on without admitting its wrongdoing, Korea and Japan will continue to misunderstand each other, and there will be differences in perceptions.

Park Na-young, a South Korean high school student, acknowledged that what citizens of two countries learn is vastly different. “In Japan, it feels like they were trying to cover up historical wrongdoings committed by their ancestors.”

“Some politicians and high-ranking government officials in Japan seem to recognize that the contents of the textbooks are not true, but there is little impetus for change.”