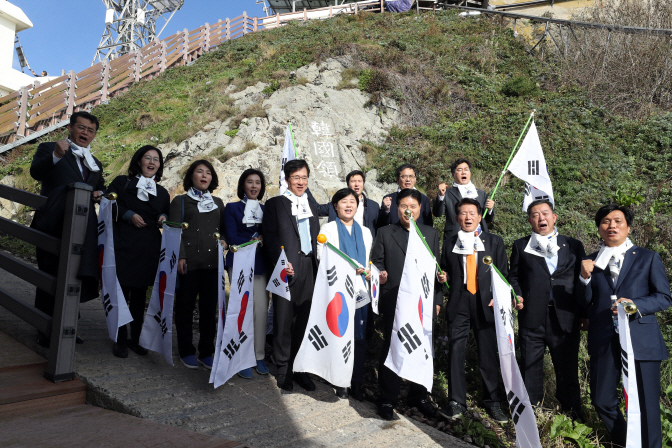 SEOUL, Oct. 26 (Korea Bizwire) — Kyodo News reported yesterday that “Parliamentarians Acting to Protect Japanese Territory,” a group of Japanese lawmakers, held an emergency meeting on Wednesday after which they decided to send a questionnaire to Korean lawmakers regarding their recent visit to Dokdo.

According to Kyodo News, the Japanese lawmakers will be questioning the basis upon which Koreans are maintaining their rights to the islets.

Yoshitaka Shindo, the leader of the group and former Internal Affairs and Communications Minister, told reporters after the meeting that Koreans were merely saying that “the islets were theirs, but had failed to demonstrate the legitimacy of the evidence behind the claim.”

The lawmaker previously pressed the Japanese government to ask the Korean government to form a joint panel composed of members of both countries that would discuss the issue of territorial rights.

Shindo is a far-right member of the Liberal Democratic Party and is known to be a close confidant of Japanese Prime Minister Shinzo Abe.

Having come to Korea in 2011 in an attempt to visit Ulleungdo, an island in close proximity to Dokdo, he was restrained at the airport and has created much controversy over the years regarding the issue.