“I call for your understanding because the working-level official’s response does not mean a test-launch plan. Major General Yang made remarks that could mislead (an audience) into believing that there is a plan to test-launch 800-km missiles.” 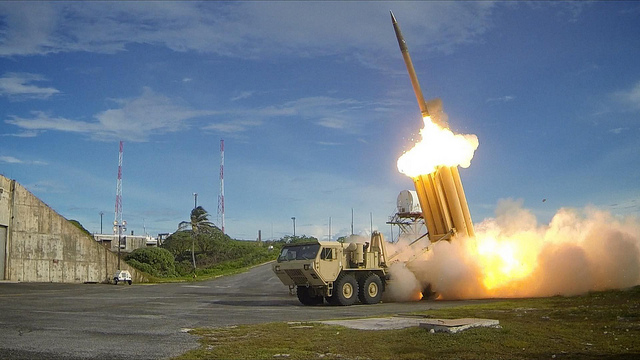 It was the first time the military has suggested a test-launch plan for the missile, which the country has been developing to cope with North Korea’s advancing nuclear and missile capacities. (image: The U.S. Army/flickr)

SEOUL, Sept. 14 (Korea Bizwire) — South Korea is not reviewing a test-launch of a ballistic missile with a range of 800 kilometers, the chairman of the Joint Chiefs of Staff (JCS) said on Septembr 11, reversing a JCS official’s remarks on the missile test plan.

Earlier in the audit, Maj. Gen. Yang Byung-hee of the JCS said the military is considering a plan to launch the missile into international waters south of the Korean air defense identification zone and the island of Ieodo.

Yang had made his remarks in response to New Politics Alliance for Democracy Rep. Kim Kwang-Jin’s query, “Do we have space to launch an 800 km-range missile?”

It was the first time the military has suggested a test-launch plan for the missile, which the country has been developing to cope with North Korea’s advancing nuclear and missile capacities.

Following its agreement with the U.S. to extend the range of local ballistic missiles in October 2012, the South Korean military has developed and tested another ballistic missile, the Hyunmoo-2B, in June, which has a range of 500 km.