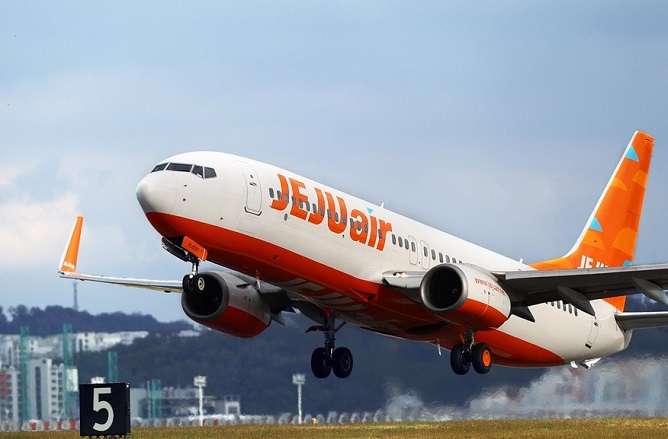 Jeju Air began to offer seven flights a week on the Nagoya route Tuesday. The route was suspended in March 2020 due to the COVID-19 pandemic, the company said in a statement.

The low-cost carrier plans to increase the number of flights on other routes to Japanese cities, such as Tokyo, Fukuoka, Osaka, Sapporo and Okinawa, next month, it said.

Japan began to receive tour groups of international travelers on June 10, and the number of arrivals permitted a day jumped from 10,000 to 20,000.

To support increasing routes, the carrier has ordered 40 B737-8, formerly called the B737 MAX, for 5 trillion won (US$4 billion), with deliveries scheduled to begin next year and end in 2027.

Jeju Air used to operate 45 B737-800NG chartered planes on 87 routes, including six domestic routes, before the pandemic. The number of planes has fallen to 39.

The company aims to turn around next year on recovering travel demand. It posted a net loss for three consecutive years through 2021 due to the impact of the pandemic in the airline industry.