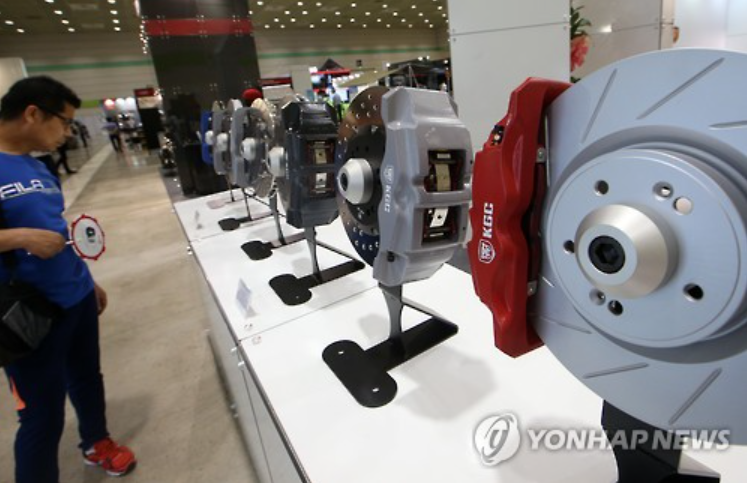 A visitor is looking at auto parts on display at SEOUL Auto Salon 2015 which has opened on July 1st at COEX hall in southern Gangnam, SEOUL. (image courtesy of Yonhap)

The Korea Automobile Parts Association (KAPA) said that it has recently completed its document and factory review of fenders produced by TYG intended to see if they could be used as “replacement parts” for the BMW 5-series sedans.

“Our first certified parts will be available this week or earlier next week,” a KAPA official said.

Replacement parts refer to auto parts that are permitted to be used — instead of genuine ones — in repairing vehicles after they are authorized by KAPA.

The new system was put in place by the government in January as part of efforts to make it easier for customers to repair luxury vehicles. Foreign brands, in particular, are under fire for allegedly charging customers too much to replace parts.

About 40 parts, which are not critical to safety but are prone to breaking, can be replaced by such generic products under the system. They include bumpers, trunk covers and turn signals. Engine oil, belts, filters and other consumable goods will likely be covered down the road.

Ten Taiwanese firms are under document review of their products for certification, with products by three local companies also under review.