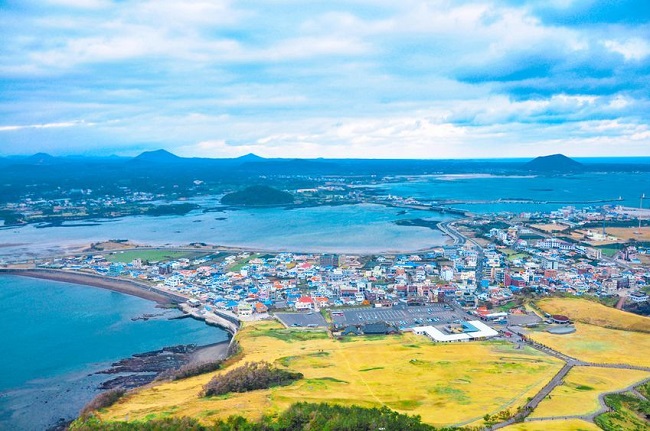 If the bill is passed, all development projects under construction will fall under the umbrella of the regulation’s authority. (Image:Kobiz Media)

JEJU, Jul. 24 (Korea Bizwire) — On July 21, Jeju Island’s government announced new regulations that will modify the approval process for investors that wish to participate in local developmental projects. Officials from South Korea’s largest island stated the new regulations will soon come into effect, as they seek investors for the latest development project, which will cover an area of 50,000 square meters.

The modified regulations stipulate that in regards to projects exceeding a surface area of 50,000 square meters, investors must first acquire the property rights to the area (ownership must comprise at least two-thirds of the area excluding publicly owned lands). They must then apply for a permit to develop the area, and their application will be reviewed by an official committee.

The committee will take into account the investor(s)’s eligibility for investment, plans for development, and finances to properly assess the application. Furthermore, factors such as intent of investment, business plans and the prospective ability to absorb and employ new methods of technology will also be taken into consideration.

The tourism, leisure and recreation industries will be the core applicants reviewed by the official committee, which will also be given priority over other local administrative bodies when reviewing applications from the above industries.

To alleviate delays in construction upon approval of applications for development, and to attract investment for local projects, Jeju’s government has required that a permit ascribing approval for commencement of construction must be submitted before any work can begin.

Jeju’s government plans to collect residents’ opinions on the intended amendment to current regulations until August 10, and will present its findings alongside its proposed bill to the local parliament.

If the bill is passed, all development projects under construction will fall under the umbrella of the regulation’s authority.

“Until now, local residents have been concerned by companies that applied for and sold their development rights to other firms for a profit. Going forward, we intend to scrutinize the applicants more judiciously, and will ensure investors of high standing. We will also improve the post-production management processes to ensure the benefits of new development positively impact residents,” said Jeju tourism chief Lee Seung Chan.