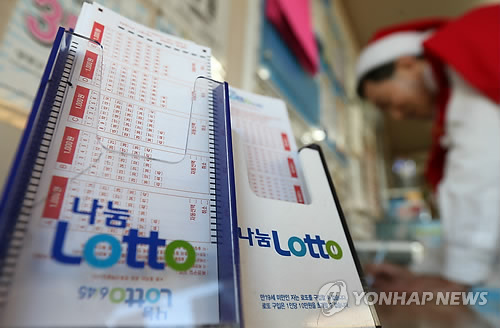 Some are making a fuss as the results remind them of the theory of parallel universes. Even the Lotto’s number, the 640th draw, resonates with the 64th results. (image: Yonhap)

SEOUL, March 16 (Korea Bizwire) — A recent lottery result in Korea has become a much talked-about subject among Korean Lotto lovers, as the outcome represented a relatively rare phenomenon.

Some are making a fuss as the results remind them of the theory of parallel universes. Even the Lotto’s number, the 640th draw, resonates with the 64th results.

However, Nanum Lotto said the occurrence is due to sheer chance, since the probability for two winning results to have matching numbers for five pairs is 1.84 percent, which is fairly a high rate considering the odds of being struck by lightning in one’s lifetime in the U.S.A. are 0.033 percent according to National Geographic News.

Since Nanum Lotto started its operations, there have been three cases where two of the jackpot’s winning results had five matching numbers. Furthermore, 8 out of the 9 first place winners for the 640th draw used automatic ticket checkers.