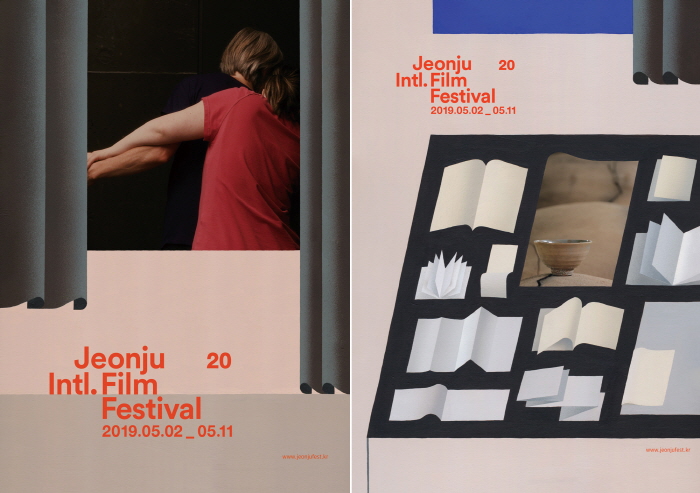 Official posters for the festival’s 20th edition that runs from May 2-11 in Jeonju, 243 kilometers south of Seoul. (image: JIFF Organizing Committee)

SEOUL, May 2 (Korea Bizwire) — The annual Jeonju International Film Festival (JIFF), the country’s largest showcase of indie and art-house films, began its 10-day run with a ceremony in the southwestern city of Jeonju on Thursday.

A total of 262 films from 52 countries will be shown during the 20th edition, which runs until May 11, under the slogan “Cinema, Liberated and Expressed.”

Launched in 2000, JIFF is now recognized as a premier event for alternative movies. The host city Jeonju is located 243 kilometers south of Seoul.

“Piranhas,” a cinematic adaptation of a novel, by Italian director Claudio Giovannesi, will open the festival, while “Skin,” an Oscar-winning film by Israeli director Guy Nattiv, will close the event.

Ten films chosen out of 104 are up for competition in the Korean feature film competition category, including “Atlantic City” by Ra Ju-hyoung and “A Bedsore” by Shim Hye-jung.

In the Korean short film competition section, 26 films are listed, with 11 movies in the international competition category.

Among the guests are actresses Hyeri, Jeon Hye-bin and Kim Bo-ra, while actor Cha In-pyo, who directed a documentary film titled “Ongals,” will also hit the red carpet at JIFF.

“The 20th JIFF will go beyond freedom of expression to explore many different manners of expression,” Jeonju Mayor Kim Seung-su, head of the festival’s organizing committee, said in a press conference last month. “Led by the film festival, I plan to make Jeonju a city moviegoers want to visit.”