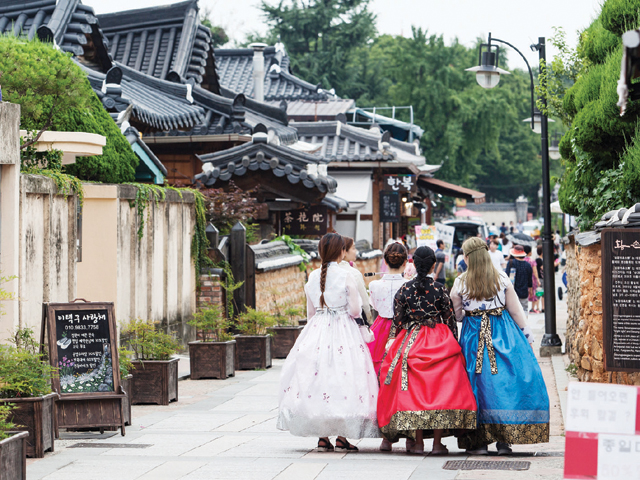 JEONJU, Jan. 29 (Korea Bizwire) — The Ministry of Culture, Sports and Tourism has selected Jeonju and four other locations as ‘capital cities’ for the tourism industry.

Jeonju welcomed the result, confident that the project’s support in building world-class infrastructure for tourism and attracting foreign tourists en masse will boost the economy of the region.

These five locations have been designated as so-called ‘tourism footholds’ to encourage dispersion of foreign tourists largely concentrated in Seoul and the Greater Seoul Metropolitan Area.

The government will invest 100 billion won (US$84.8 million) in each city over the next five years.

The city plans to rebrand the Hanok Village by creating a more friendly cultural and tourist environment, developing gardens, and upgrading the quality of accommodations to establish world-class tourism infrastructure.

New traditional gardens and nature of the northern area of the city will be connected with the art villages in the south to complete the ‘Art Tour,’ which will result in the expanded sphere of tourism in Jeonju.

The city has been carrying out various projects to revive the old part of the city, including buildings near Jeonju Station and the Factory of Contemporary Arts in Palbok, an old factory turned art gallery, to spread out the sphere of tourism that used to center around the Hanok Village.

The city also made a comprehensive effort to deliver the experience of Korean culture, including Korean traditional clothes and food, directly to tourists.

The city plans to implement a global standard for providing tourism information and create a tourist-friendly environment to establish a sustainable platform for tourism.