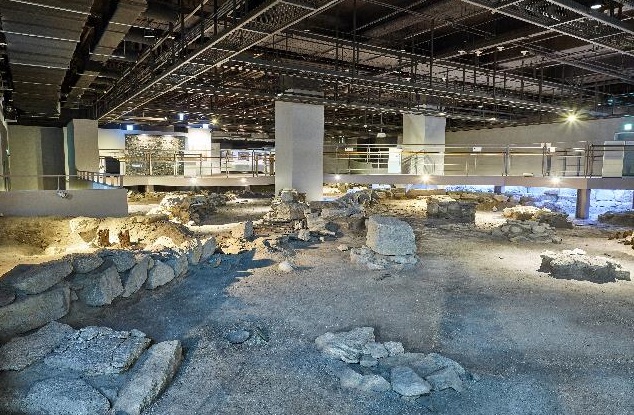 This photo, provided by the Seoul metropolitan government on July 6, 2021, shows the remains of a Joseon-era government munitions office on display in the basement of the new City Hall building.

The city government will develop the platforms in partnership with the Cultural Heritage Administration, Woomi Construction Corp. and Cheil Worldwide Inc. under an agreement signed Tuesday, and unveil them to the public next year.

The project will digitally restore the former munitions office from the Joseon era, which was abolished in 1884. The remains of the office are currently on display in the basement of the new City Hall building.

After the digital restoration is complete, visitors to the exhibition will be able to view AR and VR imagery of the former munitions office on their smartphones.

The project will also digitally restore a set of rituals formerly held at Gyeongbok Palace, including regular meetings between the king and his key aides, and a banquet.

These events will also be viewable on smartphones using AR technology. 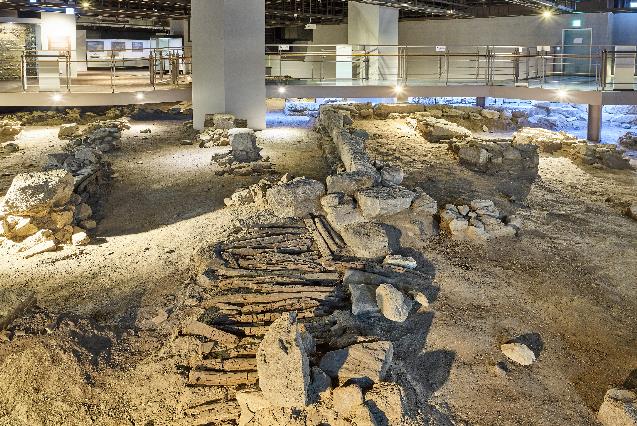 This photo, provided by the Seoul metropolitan government on July 6, 2021, shows the remains of a Joseon-era government munitions office on display in the basement of the new City Hall building.

Under a similar project in 2019, the city government and its three partner entities virtually restored Donuimun, one of the four main old gates of the city, which was demolished during Japan’s 1910-1945 colonial rule.

The city government said it plans to add features to the Donuimun AR app to include virtual experiences of the munitions office and the palace rituals.

“We will continue to develop new forms of experience-based and touristic resources that combine history, technology and storytelling,” Vice Seoul Mayor Cho In-dong said, adding that the city government seeks to help citizens experience history in their everyday lives and gain a sense of pride in the city’s cultural heritage.