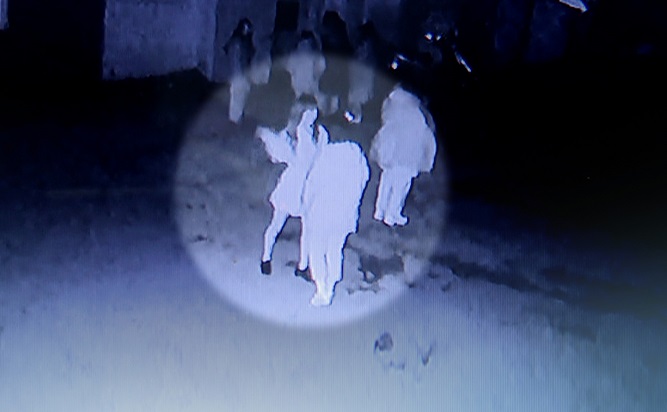 This file photo, provided by Yonhap News TV, shows a scene from surveillance camera footage where students were spotted assaulting another student in Yangpyeong, about 55 kilometers east of Seoul.

According to the 2021 juridical yearbook published by the National Court Administration, the total number of juvenile protection cases was 38,590 in 2020, up 2,014, or 5.5 percent, from a year ago.

The figures for assault and bodily harm cases last year dropped by 15.3 percent and 18.3 percent, respectively, from 2019.

It was the first time in six years the assault tally dropped since 2014, when it was at 922. The bodily harm figure fell for the third consecutive year from 1,465 cases in 2017.

But the number of fraud cases jumped by 465, or 12.6 percent, on-year, rising for the third straight year. The increase seems to be attributable to a climb in online scams involving games items.

Juvenile sex offenses, including crimes against children and the production and distribution of sexually exploitative materials, also rose by 242 cases, or 35 percent, to 915 last year.