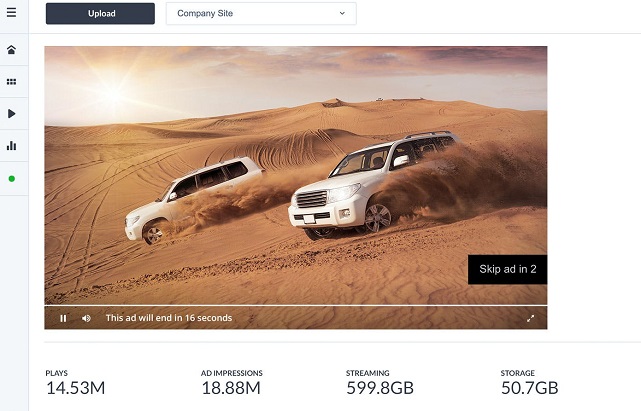 “David has proven himself to be a visionary leader in both developing and scaling innovative video delivery products,” said Dave Otten, CEO and co-founder of JW Player. “I have no doubt that his expertise will strengthen our position as a leading force for innovation in the digital video industry. With his leadership, we will scale our engineering teams and bring new products to market that further empower customers with independence and control in the Digital Video Economy. We could not be more excited to have him on our team.”

During his decade-long tenure at Brightcove, David built a world-class engineering team to modernize its video delivery platform. He led the overhaul of the company’s legacy data center-based architecture, replacing it with a scalable, cloud-native architecture and migrating thousands of customers to the new platform. His leadership helped triple revenue, launch new products, and integrate acquisitions to address new market segments. His experience will be invaluable as JW Player rises to meet the explosive growth in demand for digital video since the pandemic began.

“I’m thrilled to start the next chapter of my career with JW Player,” said David. “We’ve reached an inflection point where every company with a digital presence now depends on video to engage its audience and monetize its offering. JW Player has built the most comprehensive platform for success in this digital video ecosystem, with unmatched consumption and contextual data insights, cutting-edge monetization and engagement features, and world-class video experiences on any screen. I look forward to building on this platform to bring new innovations to market.”

According to JW Player’s data from over 12,000 publishers and broadcasters, video consumption has continued to surge in the wake of the pandemic, up nearly 50% since 2020 and 28.6% since January 2021. The growing demand has made it an imperative for organizations of all stripes, including fitness, e-commerce, sports and e-learning businesses, to develop a robust video strategy to engage their audience on the screen of their choice: web, mobile or connected TV.

About JW Player
JW Player is the leading video software and data insights platform that gives customers independence and control in today’s Digital Video Economy. Started in 2008 as a hugely popular open source video player, JW Player’s technology platform now powers digital video for hundreds of thousands of businesses, including half of the comScore top 50 sites in the US, leading broadcasters across EMEA, APAC and Latin America. Each month 1 billion viewers, or one third of all people on the Internet, consume video on JW Player’s technology across 2.7 billion devices, creating an unmatched and powerful consumption and contextual data graph that helps customers grow audiences and generate incremental video from digital video. The company is headquartered in New York, with offices in London and Eindhoven, visit http://www.jwplayer.com.