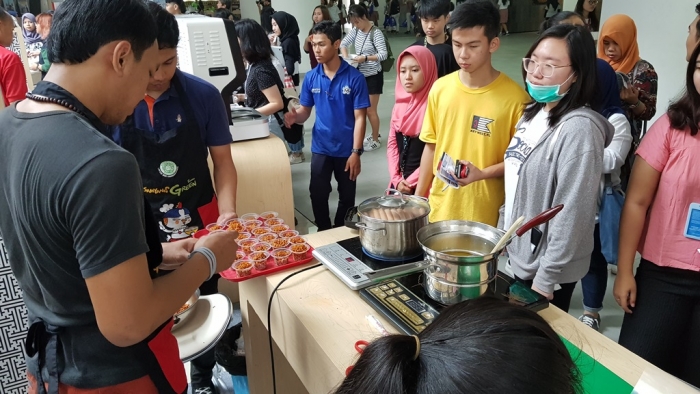 In August, Siwon, a member of the K-Pop boy band Super Junior, was recruited as a model for a ramen brand in Indonesia.

KOTRA said that Indonesians prefer salty, sweet, spicy, and other sharp flavors due to a steamy climate and other sociocultural factors.

Indonesians also like snacks and refreshments, the agency said.

Indonesia, where more than 87 percent of the total population are Muslims, now requires all food companies to distinguish non-halal food through special labeling.

“We expect our trade relations with Indonesia to improve in the year 2020 with Indonesia-Korea Comprehensive Economic Partnership Agreement taking effect. We have to focus on the popularity of K-food in the local market,” said Kim Sang-muk, head of economic and commercial cooperation at KOTRA.