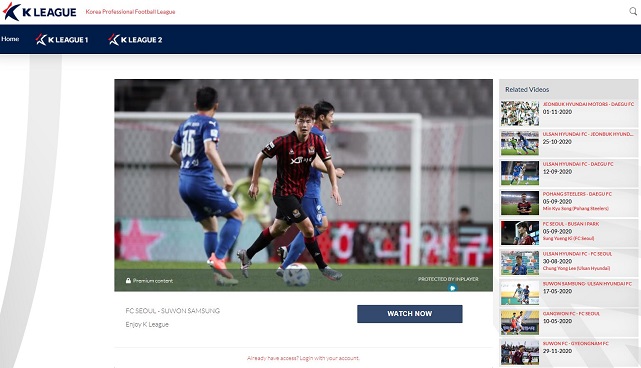 The K League said the new service will provide live broadcasts of all K League 1 and K League 2 matches, and will also offer exclusive behind-the-scenes footage, interviews and highlights. Matches will also be available on-demand.

The 2021 season kicks off Saturday.

The South Korean league said K League TV will be offered for free for now. A PC version will be up and running in the beginning, with mobile and smart TV apps to be developed momentarily.

The K League signed a five-year deal with Sportsradar in December 2019, giving the company exclusive international distribution rights to the K League 1 and K League 2 matches, plus promotion-relegation playoffs.

The K League announced Sunday that it had sold broadcast rights to 34 countries for the 2021 season.