The video hit 100,143,704 views as of 7 p.m., eight months after it was uploaded on the global video sharing service last August, YG Entertainment said.

It became the third music video by the act to hit the milestone after “Boombayah” and “Playing with Fire.”

BLACKPINK made its debut with “Square One” on Aug. 8, 2016, and became a notable rookie group with its two lead singles: “Whistle” and “Boombayah.”    “This marks the first time that a rookie group with less than a year of experience has three music videos that have garnered more than 100 million views,” the agency said. 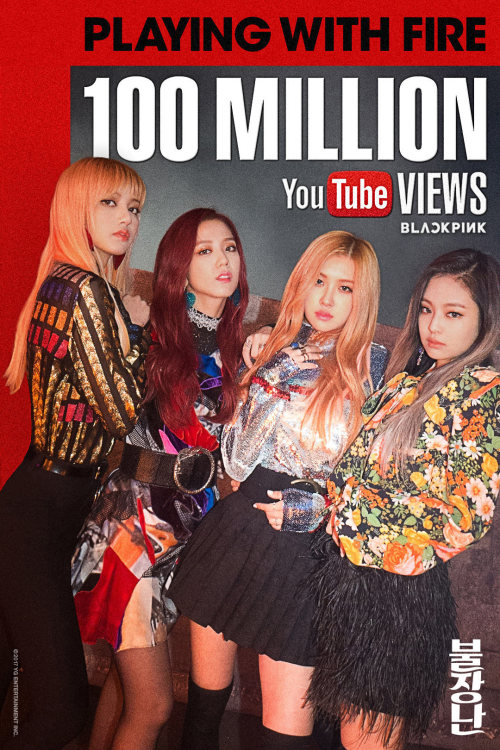