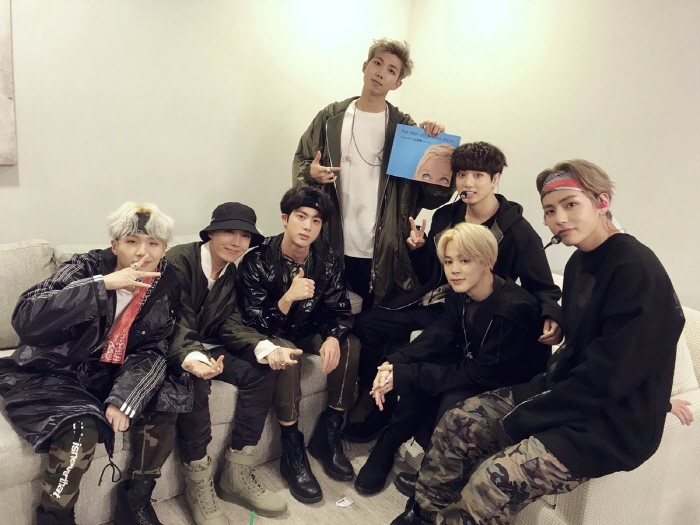 Upcoming BTS concerts in eight different locations have all been sold out, which adds to the possibility that BTS fever will continue in the following month as well. (image: Big Hit Entertainment)

The BTS fever is also hot on eBay, where K-pop related goods have recently seen a surge in popularity

eBay Korea announced on Thursday that transactions of K-pop albums and other related goods in March rose by more than 50 percent compared to the same month in the previous year.

During the month of April thus far, transactions have expanded by 57 percent compared to last year.

Experts argue that pre-orders of BTS’s new album since March, along with the boy band’s appearance on NBC’s Saturday Night Live, have turned the eyes of many consumers to K-pop.

On April 11 and 12, the day of and the day before the new album’s grand release, K-pop merchandise sales reached a peak, and have since been maintaining massive popularity thanks to the SNL appearance that followed, eBay said.

‘BTS marketing’ is hot on eBay as thousands of jewelry items, clothes, and other accessories with the identical design to the ones worn by BTS members are currently being sold on the online market.

Ever since the new album was released, the number of BTS goods has jumped by more than 50 percent, reaching a total of 38,000 items available on the website.

U.S. citizens accounted for 34 percent of all sales of K-pop related goods. They were also popular in Europe as well as in South America.

Upcoming BTS concerts in eight different locations have all been sold out, which adds to the possibility that BTS fever will continue in the following month as well.

“Many foreign fans are purchasing K-Pop goods on eBay as they are getting more difficult to acquire offline,” said Moon Ji-young, head of Global Affairs at eBay Korea.

“Thanks to BTS’s worldwide fame, foreign fans will continue to buy goods at our platform.”