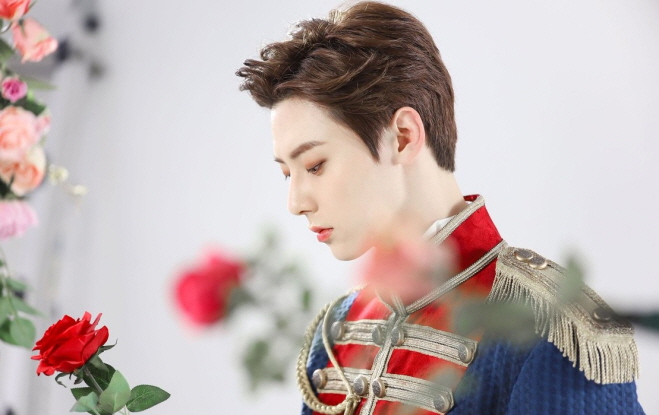 SEOUL, Aug. 29 (Korea Bizwire) — At the height of his K-pop career this week, Hwang Min-hyun, a member of five-piece boy band NU’EST, launched a new show business career which his fans scarcely expected.

The 24-year-old Hwang appeared to his fans in his first acting role in the famous musical, “Marie Antoinette,” as the show’s main male character, Count Axel von Fersen, on Wednesday as the musical officially kicked off its three-month run in Seoul.

Hwang’s musical debut brought many of his fans to the theater to watch and support as the K-pop idol star executed the singing and acting role stably but imperfectly.

Hwang took the new career path while at the height of his seven-year K-pop journey as a NU’EST member and a former member of the popular project boy band Wanna One.

“I was worried about taking the stage as a musical actor because it’s different from performing as an idol singer,” Hwang told reporters in a press showcase on Thursday.

“I needed a lot longer attention span because I need (to stay focused) to lead a musical that runs for three hours while a stage performance as a singer takes about three minutes,” he said.

Like Hwang, many active K-pop singers are branching out to the burgeoning musical market where they find opportunities to break out of the confines of a glossy idol star and to prove their musical prowess.

Suho, the leader of popular boy band EXO, epitomized the dual career path last year with his role in a successful musical theater, “The Man Who Laughs.”

The musical based on Victor Hugo’s book with the same name recorded massive commercial success last year, having cast Suho as the lead role of Gwynplaine.

Another talented K-pop solo singer, Park Hyo-shin, was also triplecast for the same role, leading to a massive success in the show’s ticket sales.

The musical later won the top prize in the 3rd Korea Musical Awards in January while Suho collected three awards for his role in the musical. 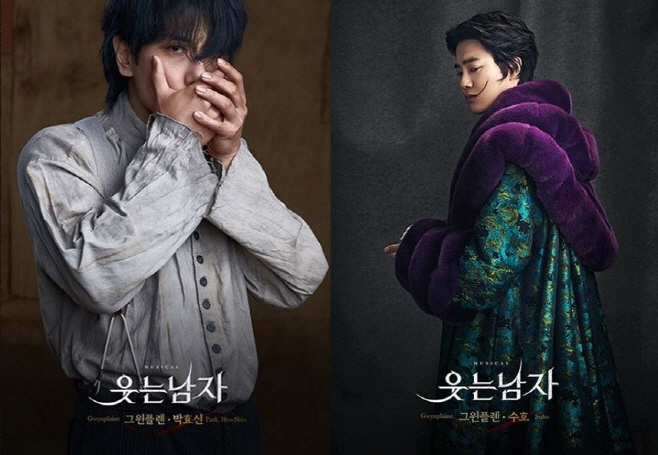 Park Hyo-shin (L) and EXO’s Suho in the role of Gwynplaine, the main character of the musical “The Man Who Laughs.” (image: EMK Musical Company)

Many other idol stars, including Seohyun of Girls’ Generation and Kyuhyun of Super Junior, recorded major footsteps as musical actors, having appeared at “Mamma Mia!” and “Mozart,” both in 2016.

For the musical industry, it’s a somewhat risky, but welcome, chance to diversify the lineup of musical actors and to secure the marketability of musical titles as tickets for the musical shows starring idol stars were among the first to sell out.

On the back of the rise of active idol stars on the musical scene are the first-generation K-pop singer-turned-musical stars.

With their well-loved vocals, Ock Joo-hyun of girl band Fin.K.L and Bada from S.E.S. carved out a solid presence in the musical scene through successful roles in major titles after their bands parted ways in the early 2000s.

Defecting from his former band, TVXQ, Kim Jun-su also built a high-profile musical career, having appeared in many big name titles, including “Mozart” and “The Elisabeth.”

“I am a little nervous about idol stars’ appearance in musicals because they are often not as powerful-voiced as music actors and that could compromise the quality of the show,” Kim said.

But as a fan of Hwang, Kim said she has already bought a ticket for “Marie Antoinette” as it’s a rare chance to watch her idol in person in close proximity.