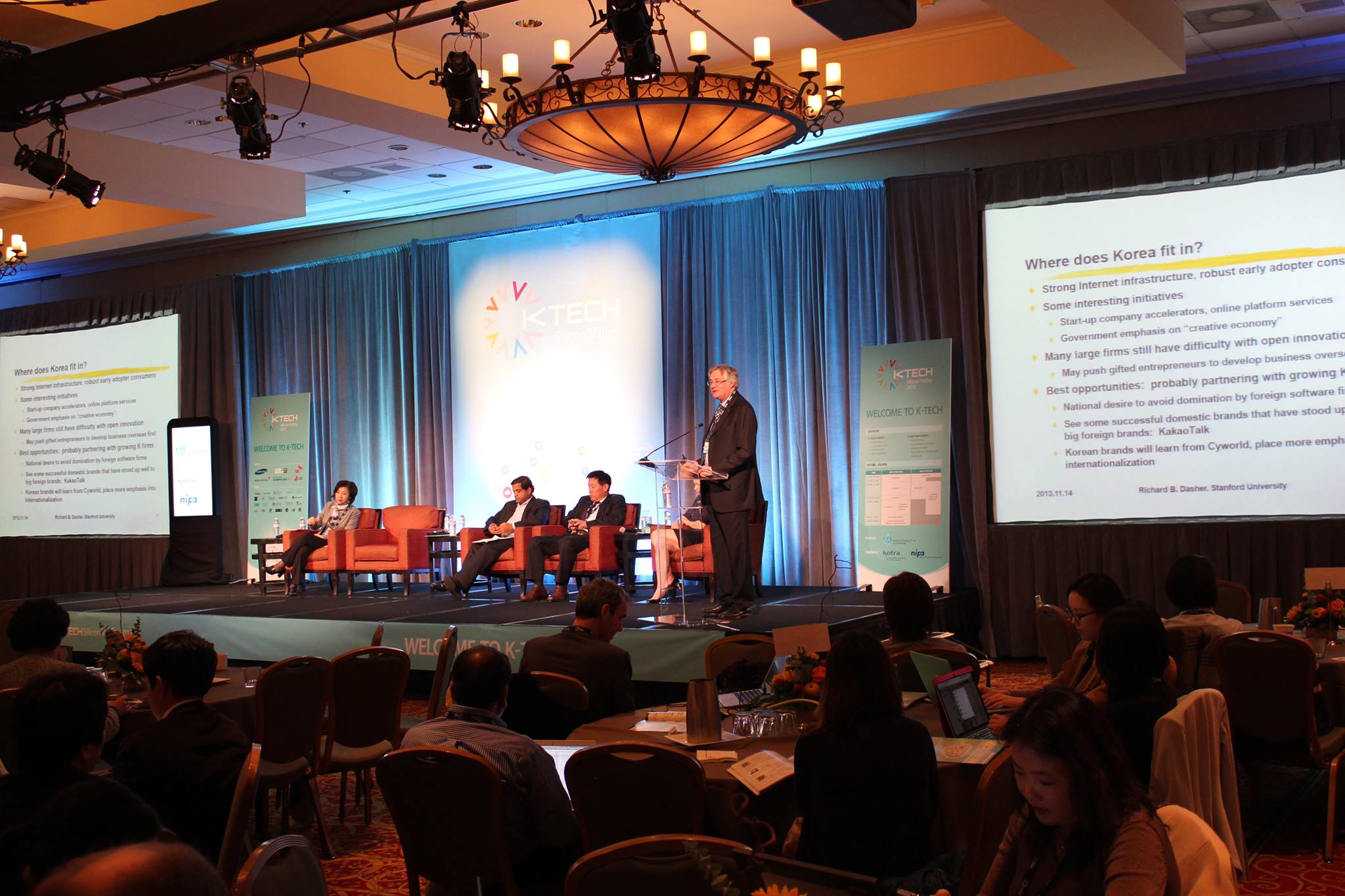 The third annual K-TECH Silicon Valley technology conference is bringing together corporate leaders, investors and entrepreneurs from around the globe to explore the Internet of Things’ (IoT) cutting-edge innovations from Korea. (image credit: K-TECH 2014 Organizing Committee)

“Here at Qualcomm we are focused on creating the best standards and products for IoT, and look forward to seeing new developments from Korea’s progressive technology market”

This exclusive event features expert panels, a grand expo, startup pitches and one-on-one business meetings. K-TECH is hosted by the Ministry of Science, ICT and Future Planning of the Republic of Korea (MSIP), and organized by the Korea Trade-Investment Promotion Agency (KOTRA) and the National IT Industry Promotion Agency (NIPA).

One-on-one business meetings are core to this year’s agenda in a means to establish new connections and boost standing partnerships between Asian and US markets in the rapidly expanding IoT sphere.

“Here at Qualcomm we are focused on creating the best standards and products for IoT, and look forward to seeing new developments from Korea’s progressive technology market,” William McFarland, vice president of technology, Qualcomm Atheros stated.

Showcasing 40+ Korean companies in a massive expo space and bringing to the stage 26 startups to pitch to local venture capitalists, K-TECH has been distinguished in the US as the chief event for investors looking to team up with Korean high-tech companies. Featured technologies at this year’s expo include an indoor tracking system and insole fitness tracker by 3L Labs, a vision-based virtual mouse system for wearable devices by Macron, an in-dash car multimedia system by Tunerworks Korea and a projector-based car HUD display system by PHILIA IT.

“We are always looking for new explorations that create exciting things for our world. K-TECH is a prime event that presents some of Korea’s best and brightest ideas in technology,” Pranav Mistry, vice president, Samsung said.

Ranked the #1 most innovative country in the world for 2014 by Bloomberg’s Global Innovation Index, and named the second most prepared country for IoT, trailing the US, in the 2013 G20 Index Ranking by the International Data Corporation (IDC), Korea continues to headline technology news and lead ICT trends.

K-TECH displays the Korean high-tech sector and facilitates business between US- and Korea-based companies. The economic ties between Korea and the US are becoming increasingly important. Korea’s role is expanding within the region, and globally – it is the 12th largest economy in the world and the US’s sixth largest goods trading partner.

“The companies coming out of Korea are dynamic. We look forward to building upon our partnerships with the US in the technology sector,” Jong-lok Yoon, MSIP vice-minister, stated.

Korea’s government recently earmarked millions of dollars over the coming years to develop its IoT market. “Our goal in Korea is to create 50 top IoT SMBs to reach $100M in revenue and enlarge our IoT market to $30B by 2020,” Jong-lok Yoon continued.

K-TECH is Silicon Valley’s premier international conference showcasing key technology trends and companies from Korea. This exclusive event explores business opportunities in innovation between Korea and the US. K-TECH presents expert panels and talks, a grand technology expo space, a startup pitch and one-on-one business meetings. More than 1,500 guests attend annually, including technology gurus, corporate leaders, global investors and entrepreneurs. K-TECH is hosted by the Ministry of Science, ICT and Future Planning of the Republic of Korea (MSIP), in partnership with the Korea Trade-Investment Promotion Agency (KOTRA) and the National IT Industry Promotion Agency (NIPA). For more information, visit www.ktechsv.org.