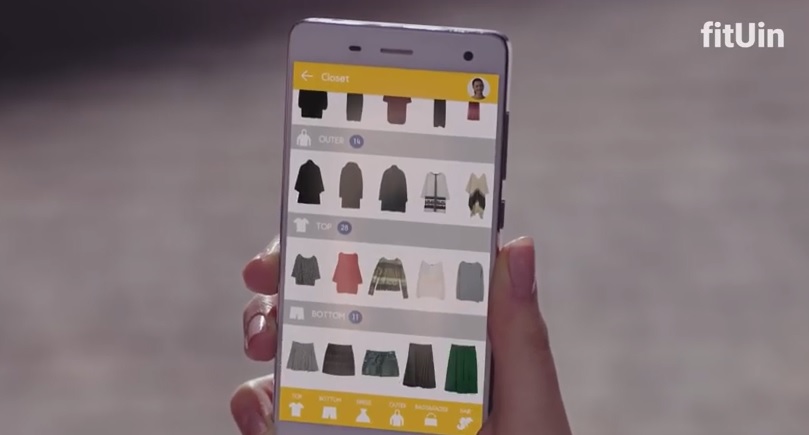 The app enables users to try on a variety of fashion items, and helps with styling. (image: Youtube capture from fitUin TV advertisement)

Interpark, an online market operator in Korea, announced on April 29 that its fitUin fashion application broke through the 100,000 download mark in China just one month after its release.

The app enables users to try on a variety of fashion items, and helps with styling. It was released in China on March 30 under the Chinese name Magic Mirror.

The app was selected as a popular app on 360, one of the three largest smartphone app markets in China, in the first week following its launch, and Baidu picked it as a “must have app” for female smartphone users.

Interpark explained that the app is particularly popular among those who are reluctant to buy clothes at online shopping malls because they only offer images of clothing images on models, those who dislike shopping at offline stores, and those who want to try various clothing items.

“The hot response for the app in China reflects their high interest in Korean fashion and beauty products in the mobile market thanks to Hallyu,” said an Interpark official.