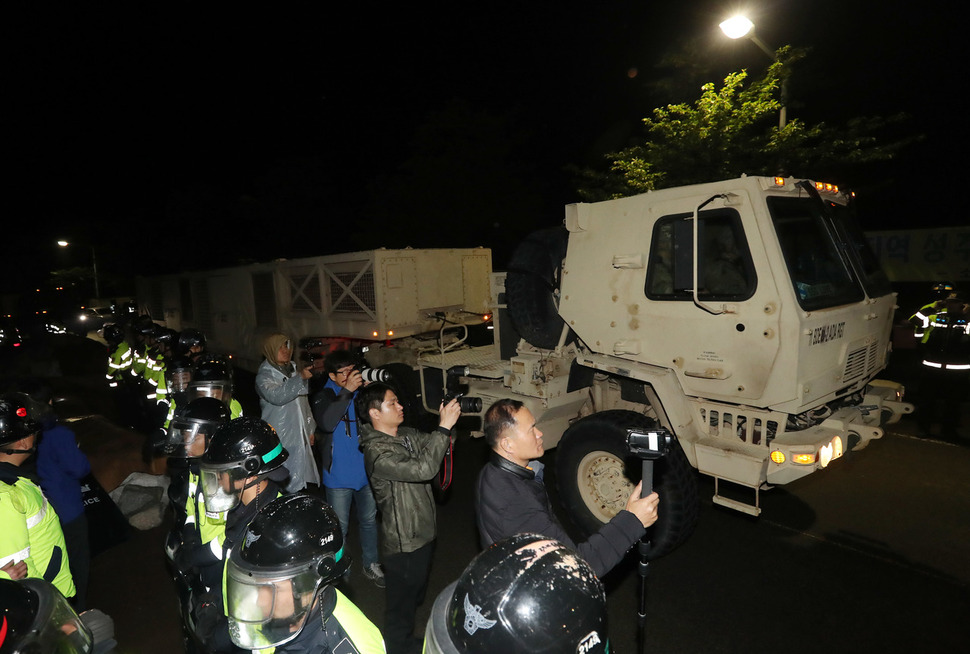 SEONGJU, May 10 (Korea Bizwire) — Hundreds of residents near the deployment site of a U.S. missile defense system here filed a petition with the Constitutional Court on Monday to obtain an injunction against its construction and operation.

A total of 527 residents from Seongju County and neighboring Gimcheon, about 300 kilometers southeast of Seoul, asked the court to prohibit the shipment of additional components of a U.S. Terminal High Altitude Area Defense (THAAD) battery into the site, as well as the construction of the battery unit, until a separate ruling is made on its legitimacy.

Last month, the residents asked the court to rule on the legitimacy of the government’s decision to deploy it, saying their constitutional rights were violated in the process.

The plaintiffs claim that the deployment failed to meet due procedures and said it could adversely affect their health and the surrounding environment.

The announcement came less than a week after the USFK began transporting and installing THAAD components at a former golf course in the rural town of Seongju.