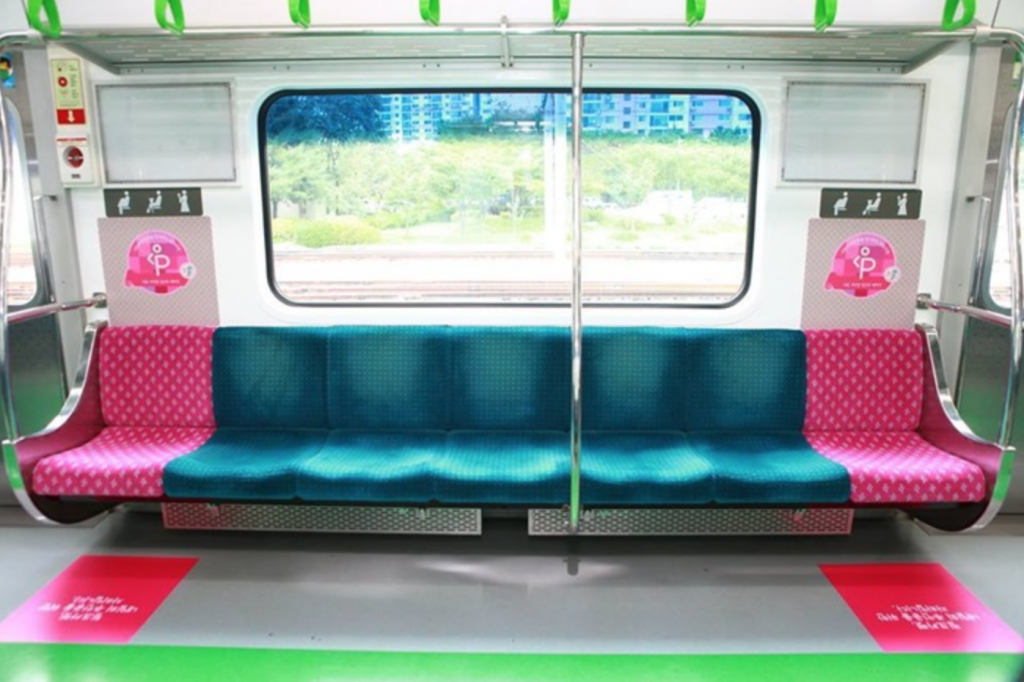 Currently, according to the communications network law, “those who defame one’s reputation using information and communications networks with the intention to slander a person by publicly unveiling an event or an act” can face punishment of a maximum of three years imprisonment or 30 million won in fines. (image: Seoul Metropolitan Government)

SEOUL, July 7 (Korea Bizwire) – There is no doubt. Priority seats on public transportation in Korea are designated for those that are in a greater need of comfort, and they can help breed a public culture of respect and civility. But what happens when a man sits in a priority seat for pregnant women?

Seoul police are investigating an Instagram account, OmegaPatch, which uploaded some 200 pictures of men sitting in priority seats for pregnant women on the Seoul subway with a likely attempt to humiliate these individuals. According to the police, the account was created in early July, and its creator asked other Instagram users to “report all men who proudly sit in priority seats for pregnant women, and provide pictures, time, and place”.

The term Omega, derived from a fan fiction called Omegaverse, is an online slang expression used to degrade men, often by members of Megalian, a misandrist women’s web community in Korea.

A handful of civil complaints were filed on the Korean National Police Agency’s cybersecurity message board, demanding a police investigation into OmegaPatch. But it wasn’t until one of the photographed man stepped forward to the police claiming he was publicly defamed that police took action.

The police are examining the account to see if its owner has violated any laws through defamation or insults. Currently, according to the communications network law, “those who defame one’s reputation using information and communications networks with the intention to slander a person by publicly unveiling an event or an act” can face punishment of a maximum of three years imprisonment or 30 million won in fines.

“A simple violation of portrait rights is not subject to criminal punishment,” said a police official. “The key point is if there was any intention to slander the individuals, which is why we need to look closely into the content of the posts. So we’ll first track down the account operator and call the person in for questioning.”

Although the official also mentioned that there were comments of misandry, such as ‘Changnom’ (male whore), the police will also consider the possibility of the account’s creation for the public interest to promote priority seats for pregnant woman. The seats were first introduced in 2015 in an effort to provide comfort and convenience to pregnant women.

As of now, the concerned Instagram account has been deleted, but it was replaced with a new ‘private’ account, OmegaPatch 4.2, which currently has some 100 similar posts.