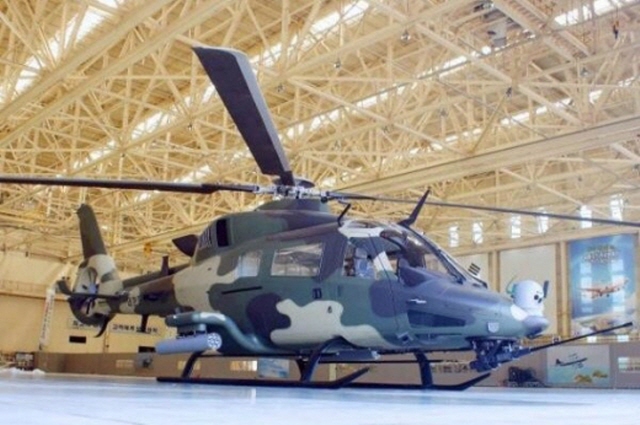 The LAH will replace the 500MD and the AH-1S Cobra, the current attack helicopters of the Korean Army. (image: Defense Acquisition Program Administration)

“The assembly unit at the headquarters of the Korea Aerospace Industries (KAI) will commence assembly of the first LAH prototype,” announced the Defense Acquisition Program Administration (DAPA) on June 27.

The LAH will replace the 500MD and the AH-1S Cobra, the current attack helicopters of the Korean Army, under a program that kicked off in June 2015. The component production for the first prototype began in November last year, after the basic design was completed in August.

The prototype will be based on the basic design, and the detailed design of the main components including the engine will be carried out during the assembly process.

After reviewing whether the detailed design meets the performance targets in October, the DAPA plans to finalize the assembly at the end of next year, and release the first LAH prototype. The helicopters are not expected to be deployed until 2022.

The LAH is being developed in conjunction with the Light Civil Helicopter (LCH). As a result, many components of the LAH will be shared with the LCH.

The KAI aims to sell about 1,000 of the LCH and LAH aircraft in domestic and overseas markets, generating approximately 23 trillion won in revenue, and creating 110,000 jobs annually.