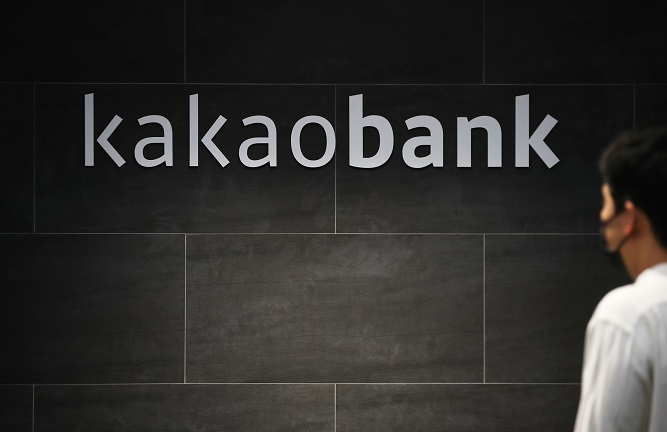 Consolidated net profit stood at 78.7 billion won (US$55.4 million) in the July-September period, up 51.39 percent from a profit of 52 billion won a year earlier, the bank said in a regulatory filing.

The net interest margin (NIM), a key barometer of profitability, stood at 2.56 percent in the third quarter, up from 1.98 percent a year ago.

The loan delinquency rate came to 0.36 percent in the third quarter, up from 0.21 percent the previous year.

Kakao Bank, the internet-only bank under mobile platform service provider Kakao Corp., has posted fast growth with a focus on household banking since its launch of banking operations in 2017. It was listed on the main KOSPI in August 2021.